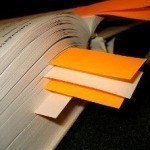 Referencing is the process of acknowledging historians, writers or sources you have relied on for information and evidence. References are integrated into your own writing, either within the text, as footnotes (at the bottom of the page) or as endnotes (at the very end of your piece). Referencing is used by academics and students across many subjects and disciplines, not only history. In most college or university courses referencing is a compulsory requirement; work that is submitted without referencing is either marked down, failed or not assessed. It is therefore essential for students to learn how to reference and to begin incorporating referencing into their own writing. Why is referencing so important? There are several reasons but here are three of the most pressing:

Referencing is evidence that validates your own argument

A strong piece of history writing should be written in a confident and convincing fashion – but it should also be supported by evidence. Without supporting evidence and attribution, even the best-written work can fall flat. An essay without evidence and referencing usually sounds like a string of unsubstantiated claims and opinions. Thorough referencing of good sources lends weight and authority to your own arguments and conclusions. Good references serve as a list of experts who are on your side, supporting your ideas and conclusions.

Referencing is evidence of effective research

When a history student references thoroughly and effectively, they are also demonstrating the quality and depth of their research. A skilled teacher or assessor will look closely at your references. It will give them some insight into how widely and intensively you have researched. They will make note of the sources you have located and used – and they may hold you to account if these sources are not relevant or suitable. Referencing can also show the course of your research and suggest how some sources have shaped your historical understanding.

Referencing acknowledges the work of others

As discussed elsewhere at Alpha History, history is not set in stone: it is an ongoing discussion about the past. Historians rarely start from scratch. Instead, they build upon the work of other historians. When a historian or history student sets out to research a topic, they usually begin with a survey of secondary sources – that is, the published writings of other historians. Referencing recognises and acknowledges the work of these historians and the contributions they have made to our historical understanding. Referencing is not simply an act of politeness, it is about giving credit where it is due.

Before referencing your own work, the first step is to know which form of referencing to use. There are several different methods of referencing in common use. Most schools, colleges and faculties specify a preferred method; you can find this out by checking your course handbook or asking your teacher or assessor. Two of the most common referencing systems are named after prominent universities: Oxford (UK) and Harvard (US). The Oxford method is also known as ‘documentary note referencing’ or simply ‘footnoting’. The main feature of Oxford referencing is its use of footnotes at the bottom of each page. Where a section of your text uses quotes, ideas or information from another source, a small superscript number (like this1) is added at the tail of the phrase, sentence or paragraph. If you have used more than one source then multiple superscript numbers can be used (like this1,2). Each of these superscript numbers refers to a numbered citation at the bottom of the page, for example:

Most high end word processing programs, like Microsoft Word and Pages, contain automatic features for Oxford footnoting. They allow you to insert footnotes without having to reorganise or reformat your page. Check the ‘Help’ feature of your software for information on how to do this. When adding footnotes, be aware that the Oxford system requires them to be organised and formatted in a certain way. The following links contain examples of Oxford footnoting for particular types of source:

Books with two or more authors can be referenced by listing all authors. If this is too long or unwieldy you can list the first or lead author, followed by the Latin abbreviation et al (“and others”). First author surname and first name, et al, Title of Book [italicised]. Place of Publication: Publisher, Year, Page number.

Some books, such as sourcebooks or compilations, have an editor rather than an author. In this case, reference using: Editor surname and first name (ed.) Title of Book [italicised]. Place of Publication: Publisher, Year, Page number.

Where the journalist or writer is named in a byline, use: Author name, “Article headline” [in quotation marks], Name of Newspaper [italicised], Date of publication, Page number.

Where the writer is not named, use as above but omit the author: “Article headline”, Name of Newspaper, Date of publication, Page number.

For websites where the author is not cited or conclusively known, use: “Page name or title” [in quotation marks], URL Address, Year of publication [if known], (accessed Date of last access).

For a website where the author is known, use the above method but precede with the author’s (or authors’) details: Author name(s), “Page name or title” [in quotation marks] at Website name [italicised], URL Address, Year of publication [if known], accessed [date of last access].

Ibid., op. cit. and loc. cit. are three Latin abbreviations that often appear in Oxford referencing. They allow you to refer to the same source multiple times, without needing a full citation for each reference. This can be invaluable when writing a piece that focuses intently on one source, such as a book review. Just be careful that you understand the meaning of each abbreviation, as they can be confusing and are often incorrectly used.

Ibid. (short for the Latin ibidem, meaning “found in the same place”) is used where a reference to one source immediately follows a reference to the same source. Ibid. must be written or typed in italics and be followed by a period. Ibid. can be used alone (if the reference is from the same page) or it can be used with a different page number. For example:

Op. cit.“]Op. cit. (short for the Latin opere citato, meaning “work cited”) is used to refer to a work already cited in footnotes. While ibid. refers to the immediately preceding citation, op. cit. refers to an earlier citation. It should be used after the author’s surname. Like ibid., op. cit. should be italicised and contain two periods. For example:

Loc. cit. (short for the loco citato, meaning “located in the work cited”) refers to the same page of an earlier reference. It can be used on its own (to refer to the previous citation) or with the author’s surname (to refer to an earlier citation). For example:

In this case, the first, second and fourth citations all refer to page 103 of Brown’s book.

The Harvard method of referencing uses in-text citations rather than superscript numbering. In the Harvard system, references are added in parentheses within the text, immediately after the relevant statement or quotation. Harvard references are usually very brief, listing just the author’s surname and the date of publication. A page number is sometimes added when referring to a specific quote or piece of information. If the author’s surname is already mentioned in your writing, it does not need to be included within the parentheses. Full citations for each reference are then added to a reference list, at the end of the text. This paragraph contains three examples of how Harvard quotations can be used (note: they are dummy references and do not refer to actual sources):

Historians disagree about the level of authority Hitler wielded within both party and state. Some suggest Hitler’s image as a totalitarian mastermind was the work of a propaganda campaign dating back to the early 1920s (Smith, 2002). According to Brown (2007), Hitler’s inability to rein in the SA was evidence of his limited authority within the NSDAP. One historian describes the Nazi leader’s power as “much more public myth than party reality” (White, 1995, p.188).

As you can see, the Harvard method is quite flexible. It can be used for referencing a historian’s argument or summary, paraphrased information or a direct quotation. Harvard referencing should always conclude with a reference list, containing full citations for all sources referenced in your work. In a Harvard reference list the citations are listed alphabetically, not in the order they appear in your writing. Harvard citations should use a similar format to Oxford citations (see above).