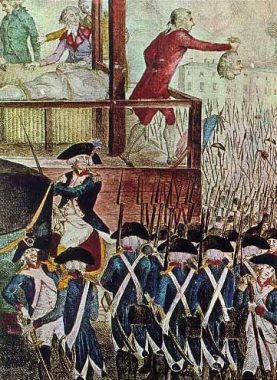 Though not the first revolution of the modern era, in many respects the French Revolution has become the measure against which other revolutions are weighed. The political and social upheaval in 18th century France has been studied by millions of people – from scholars on high to students in high school. The storming of the Bastille on July 14th 1789 has become one of the defining moments of Western history, a perfect motif of a people in revolution. Influential men and women revolutionary France – Louis XVI, Marie Antoinette, Marquis de Lafayette, Honore Mirabeau, Georges Danton, Jean-Paul Marat, Maximilien Robespierre and others – have been studied, analysed and interpreted. Historians have spent more than two centuries evaluating the French Revolution, trying to decide if it was a leap of progress or a descent into barbarism.

The causes of the French Revolution seem relatively straightforward. By the late 18th century, the people of France had endured centuries of gross inequality and exploitation. The prevailing social hierarchy required the Third Estate, the nation’s commoners, to perform its work while also shouldering the taxation burden. The king lived in virtual isolation at Versailles, his royal government absolutist in theory but ineffectual in reality. The national treasury was almost empty, drained by mismanagement, inefficiency, corruption, profligate spending and participation in foreign wars.

By the late 1780s, the king’s ministers were desperately seeking to implement fiscal reforms. What started as a dispute over proposed tax reforms soon morphed into a movement for political and constitutional change. A confrontation at the Estates-General in mid-1789 led to the formation of a National Assembly, the first of several revolutionary governments. These events, without threats or bloodshed, suggested that a peaceful transition in power was possible. Over the coming weeks, a wave of popular violence – in Paris, in the countryside and at Versailles itself – hinted at a bloodier revolution to come.

Alpha History’s French Revolution website is a comprehensive textbook-quality resource for studying events in France in the late 1700s.  It contains more than 500 different primary and secondary sources, including detailed topic summaries, documents and graphic representations. Our website also contains reference material such as maps and concept maps, timelines, glossaries, a ‘who’s who’ and information on historiography and historians. Students can also test their knowledge and recall with a range of online activities, including quizzes, crosswords and wordsearches.

With the exception of primary sources, all content at Alpha History is written by qualified teachers, authors and historians. More information on this website and its contributors can be found here.