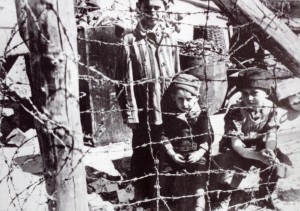 The genocide perpetrated against European Jews during World War II is known by several names. In the west, we generally call it the Holocaust, from an ancient Greek word meaning ‘everything burned’. Most Jews know it as “Shoah”, a Hebrew word meaning ‘catastrophe’. The Nazis who carried out this mass murder used a benign operational title, the “Final Solution to the Jewish Question in Europe”.

None of these names conveys the tragedy of this event, the complexity of its causes or the oceans of human suffering and despair it created. Under the cloak of war, the Nazis manufactured an ideology and an apparatus to exterminate an entire race.

The Holocaust was not history’s first genocide but it was the first on such a systematic and industrial scale. When the Nazis were themselves driven from history in early 1945, their campaign against racial minorities had claimed more than ten million lives. Six million of the dead were Jews, almost two-thirds of the entire Jewish population of Europe.

Mass murder on this scale does not happen for incidental or transient reasons, even in the fires of war. Anti-Semitism – the irrational hatred or fear of the Jews – was neither an invention of the Nazis nor a particularly German phenomenon. It is a deceitful but venomous idea that has infected human civilisations since ancient times, when Jews were expelled from their homeland in the Levant. They were forced to scatter and find homes elsewhere, an event now known as the ‘Jewish diaspora’.

Anti-Semitism was prevalent in Europe during the Middle Ages and still simmered beneath the surface of European society into the early 20th century. The rise of Adolf Hitler and the National Socialists (NSDAP) in the 1930s created a regime that not only brought anti-Semitism out of the shadows but had the singular purpose of eradicating the Jewish people from European society.

This Alpha History website provides an overview of the Holocaust, focusing on the hateful anti-Semitism that inspired it, the individuals and groups who perpetrated it, the political and economic conditions in which it unfolded and some who stood against it. Like other accounts of this devastating event, it is presented not just as history but as a salient warning about the dangers of racial prejudice and extremism.