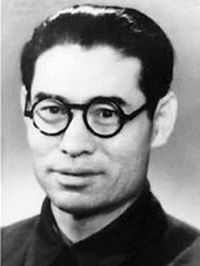 Gao was born to a peasant family in Hengshan in Shaanxi Province and joined the CCP in 1926. He participated in communist guerrilla operations in his home province and established a Soviet on the Shaanxi-Gansu border, where Mao and the remnants of the Red Army arrived at the end of the Long March in 1935.

Gao became a significant communist leader, fronting the party in the vitally important north-eastern region of Manchuria during the Civil War (1946-1949). By all accounts, he was a clever politician and a capable economic planner.

Gao was also a key military organiser during the early years of the Korean War (1950-1953), commanding the Northern Frontier Guards on the Korean border. In 1952, he became head of the State Planning Commission of China. He was also a Politburo member and shared the position of vice-chairman of the Central People’s Government.

Gao enjoyed Mao Zedong’s favour until his rapid fall from grace in the early 1950s. In 1952, Gao launched an ambitious power struggle against Liu Shaoqi and Zhou Enlai, a move that was quickly reported to Mao. This led to the ‘Gao-Rao Affair’ (named for Gao’s co-collaborator, Rao Shushi) and the first significant party purge since the 1940s.

After a period of pressure and humiliation, Gao committed suicide in August 1954. Both Gao and Rao were publicly denounced and formally expelled from the party in 1955.

Mao’s role in Gao’s demise has been subject to debate. Some believe Mao harboured suspicions about the pair’s close relationship with Soviet Russia; there were even rumours that Gao was reporting on Mao to Joseph Stalin.

Credible sources suggest that Gao supported incorporating Manchuria into the Soviet Union during the Civil War. Gao’s grandiose political ambitions, his alleged affairs with White Russian émigré women and his extravagant lifestyle have also been advanced as reasons for his purging.

Whatever Mao’s true motives, the Gao-Rao Affair made it clear that Mao would not tolerate factionalism or disunity within the party.