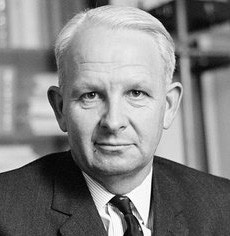 Brian Faulkner (1921-1977) was a Unionist politician and the last prime minister of Northern Ireland. His time in office was brief, beginning from the resignation of James Chichester-Clark in March 1971 to the imposition of Direct Rule some 12 months later.

Faulkner was born in County Down, the son of a successful businessman of the Presbyterian faith. Unlike several other prime ministers, Faulkner was educated at a Protestant school in Dublin, rather than in English public schools. He studied law briefly before working in the family’s clothing business. Faulkner joined the Ulster Unionist Party (UUP) after World War II and was elected to the Northern Ireland parliament in 1949, representing East Down. Over the next two decades, he served as chief whip, commerce minister and home affairs minister. This latter role furnished him with some experience dealing with paramilitary groups.

Faulkner was, by most accounts, a conservative Unionist. He was troubled by Terence O’Neill’s concessions and reforms, criticising them as potentially destabilising. In January 1969, Faulkner resigned from the ministry, a protest against O’Neill summoning the Cameron Commission; Faulkner considered it an unnecessary inquiry set up to embarrass the Royal Ulster Constabulary (RUC).

Faulkner ran for the leadership after O’Neill’s resignation (April 1969) but lost to Chichester-Clark. After serving in Chichester-Clark’s cabinet, Brian Faulkner became prime minister in March 1971. On taking office Faulkner made some effort at reconciliation. He appointed a non-Unionist candidate, David Bleakley, to his cabinet (though this move later backfired when Bleakley resigned, citing differences over policy).

By the summer of 1971, Northern Ireland was on the verge of anarchy. Plagued by Republican paramilitary violence, Faulkner introduced internment in August 1971. This backfired, attracting international condemnation, inflaming tensions and increasing the level of violence.

The Bloody Sunday shootings in January 1972 marked the beginning of the end of Faulkner’s government. The British government sought full control of the security situation in Northern Ireland, a request refused by Faulkner. Westminster responded by dissolving the parliament at Stormont and imposing Direct Rule. Faulkner returned to power in 1973, under the power-sharing provisions of the Sunningdale Agreement. This stint was also brief, collapsing after six months due to strikes organised by militant Loyalists.

In 1974, Faulkner left the UUP and formed his own Unionist party. It was not a success, however, and Faulkner retired from politics in 1976. He was made a life peer in February 1977, titled Baron Faulkner of Downpatrick. A month later Faulkner was killed after being thrown from his horse while hunting.