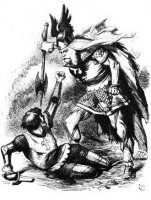 Nazism is often seen as a new movement that emerged in the turmoil that followed World War I. This was true to some extent, however, the origins of Nazism can be found deeper in Germany’s history. While the National Socialists were a new organisation, the ideas they drew on had been around for generations.

Historians have long debated the origins of Nazism. As is often the case, there are different theories and explanations for how Nazism emerged in the 1920s.

One common view is that Nazism was a new development, a creature of the troubled period after World War I that was fuelled by post-war political instability and economic suffering in the 1920s. The Weimar period was hampered by conditions that allowed Nazism to take root and grow like a malignant tumour. This idea is supported by the rise of totalitarianism in other places, such as Italy and Spain.

Others argue that viewing Nazism as an angry reaction to difficult conditions is simplistic. Instead, the origins of Nazism and Nazi ideas are complex and more deeply rooted in German history. Core elements of Nazi ideology can be traced back to the 19th century.

One of the strongest features of Nazi ideology, an intense German nationalism, pre-dated the Nazi movement by generations.

In the mid-1800s, there was no German nation, only a cluster of 26 German-speaking kingdoms, duchies and city-states – but there was also a growing nationalist movement that demanded the unification of these regions into a greater German nation. A unified Germany, they argued, could stand against France, Russia and Britain and claim its rightful place as a European power.

This German nationalism, voiced mainly by writers and radical politicians, was strong, impatient and demanding. It also had a darker side because many of these nationalists were vehement anti-Semites. They often blamed a Jewish conspiracy for sabotaging or holding back German unification.

Prussia, the largest of these German-speaking kingdoms, was the driving force behind a unified Germany. Prussia’s comprehensive victories in wars with Austria (1866) and France (1871) affirmed it as Europe’s foremost military power.

The other Germanic kingdoms had been hesitant about joining a confederation and surrendering their own sovereignty. With Prussia now dominant in Europe, they began to see the advantages in unification.

The creation of Germany was formalised in the Palace of Versailles in January 1871. Within three months, the newborn German state had a constitution, a parliament (the Reichstag), a monarchy (the Hohenzollern dynasty) and a chancellor (Otto von Bismarck).

The new imperial government was conservative, resistant to democratic reform and extremely militaristic. It was also authoritarian and imposed its policies with little or no consultation.

In the first years of Wilhelmine Germany, the national government weakened the power of the provincial assemblies, reformed the legal system, passed policies that segregated Protestants and Catholics and discouraged or suppressed non-German languages.

Wage levels and standards of living also both improved. Bismarck’s system of welfare and pensions, introduced in the mid-1800s, was the most advanced of its time and proved popular with the working classes.

It is therefore not surprising that many Germans regarded the era of Bismarck and Wilhelm I with respect and affection. The imperial government may have been undemocratic and authoritarian – but to the ordinary German, it seemed strong, decisive and protective of its citizens.

The Hohenzollerns and Junkers were viewed as benevolent autocrats who acted in the interests of the nation and its people. Little wonder that in the troubled 1920s, many Germans harked back to these glory days and craved another Bismarck to rescue them.

Nazism was also strongly influenced by the grass volkisch movement. Volkisch groups embraced ethnic nationalism, believing the German people were linked together by Aryan blood, shared history and connections with the land.

There were dozens of small volkisch organisations, most of them concentrated in rural areas and often operating in secret. These volkisch groups were traditionalist, politically conservative and sometimes embraced mythical or superstitious ideas about race or culture. They despised outsiders and outside ideas, including communism, industrial capitalism and democracy.

Many volkisch groups – like Tatkreis and the infamous Thule Society – became feeder groups for the emerging NSDAP. Several powerful Nazis, including Rudolf Hess and Hermann Goering, are believed to have been members of the Thule Society before joining the Nazi movement.

1. Though Nazism claimed to be a new movement, many of its core ideas had deeper roots in German history, particularly the nationalism, authoritarianism and militarism of the 1800s.

2. Germany was itself a comparatively new nation, created through the unification of 26 different kingdoms in 1871. This unification was the product of strong nationalism and decisive military victories.

3. The Prussian kings and Junker elites who ruled imperial Germany in the late 19th century were conservative, authoritarian and militaristic, but also progressive with many of their policies.

4. The security and prosperity of late 19th century Germany made many Germans nostalgic for authoritarian government, something the Nazi movement was able to tap into in the early 1930s.

5. Another repository of traditional values and German ethnic nationalism was the grass-roots volkisch movement. Many members of volkisch groups later joined the NSDAP.

Citation information
Title: “The origins of Nazism”
Authors: Jennifer Llewellyn, Jim Southey, Steve Thompson
Publisher: Alpha History
URL: https://alphahistory.com/nazigermany/the-origins-of-nazism/
Date published: July 5, 2020
Date accessed: May 26, 2022
Copyright: The content on this page may not be republished without our express permission. For more information on usage, please refer to our Terms of Use.