Jean-Sylvain Bailly (1736-93) was a scientist with moderate political views. He was best known for administering the Tennis Court Oath and serving as the first mayor of the revolutionary Paris Commune. 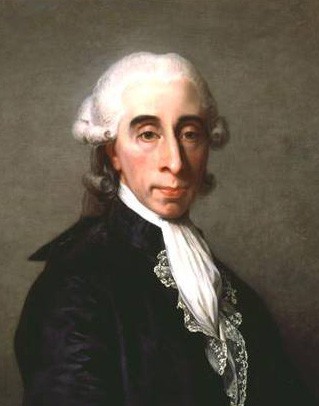 The son of an artist, Bailly was a brilliant student who as a teenager wrote tragedies in his spare time. His interest was in the sciences, however, particularly astronomy. He joined the Academy of Sciences in 1763 and within a few years had become France’s most notable astronomer.

Bailly was always alert to politics and from 1789 his time and fate were tied to the revolution. He stood as a candidate to the Estates-General and was elected to represent the Third Estate of Paris. When Bailly’s fellow Third Estate deputies resolved to form the National Assembly on June 17th 1789, he was elected its first president. It was in this role that Bailly oversaw and administered the Tennis Court Oath on June 20th.

After the Estates-General, Bailly was returned to his native Paris. On July 15th, he was elected to head the newly formed Paris Commune, becoming the city’s first mayor. Two days later Bailly, as mayor, presented Louis XVI with a tricolour cockade and the keys to Paris, famously declaring that “the people have reconquered their king”.

Bailly’s bold leadership and gestures made him popular with the people of Paris, who routinely cheered his public appearances. But for all his early popularity, Bailly remained a political moderate and a constitutional monarchist at heart. As mayor of Paris, he supported the National Constituent Assembly while ignoring or suppressing radical political demands. Bailly’s moderate position made him a frequent target for radical journalists like Jean-Paul Marat and Georges Danton, who ran against Bailly for the mayorship in 1790.

Popular affection for Bailly was shattered by the events of July 17th 1791, when he authorised the deployment of National Guard troops at the Champ de Mars, resulting in between 30 and 50 deaths. The people of Paris considered Bailly’s decision to call out the troops against them a betrayal of the revolution. He endured months of criticism before resigning as mayor in November 1791.

Bailly retired to Nantes and returned to his scientific research but was arrested during the Reign of Terror. He was returned to Paris and placed on trial, chiefly for his role in the killings of July 17th 1791. Bailly was convicted and guillotined on the Champ de Mars in November 1793.

Citation information
Title: “Jean-Sylvain Bailly”
Authors: John Rae, Steve Thompson
Publisher: Alpha History
URL: https://alphahistory.com/frenchrevolution/jean-bailly/
Date published: May 8, 2017
Date accessed: January 27, 2023
Copyright: The content on this page may not be republished without our express permission. For more information on usage, please refer to our Terms of Use.