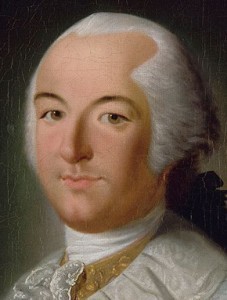 Philippe, Duke of Orléans (1747-1793) was a minor Bourbon royal, a cousin to Louis XVI, a successor to the royal throne and a supporter of the revolution.

Orléans was one of France’s wealthiest men with an annual income exceeding seven million livres. Despite his wealth, Orléans had remarkably progressive political views. He was a moderate reformer who criticised the financial waste and mismanagement of his cousin’s government.

The duke was not well-educated but spoke with high praise of the works of Montesquieu and Rousseau. He was a frequent visitor to England, whose culture and constitutional monarchy he greatly admired.

Orléans despised Marie Antoinette but enjoyed a civil relationship with Louis XVI, however, there is little doubt that the duke coveted the throne and saw himself as an alternative king, albeit a constitutional monarch.

In 1787, Orléans served as a member of the Assembly of Notables, where he expressed strong criticisms of the Ancien Régime and supported calls for change. This made him very popular with the people but he was loathed by the royals, particularly Antoinette, who considered him a class traitor.

As the revolution intensified in 1789, so did the duke’s involvement. Orléans campaigned extensively for the Estates-General, hiring Jacques Brissot and Pierre de Laclos as political advisers. He hosted radical political clubs and salons at his Paris home, allowing them to gather, debate and produce pamphlets unmolested by royal authorities.

Orléans later joined the Jacobin Club and, in 1791, renounced his privileged titles, changing his name to Citoyen Philippe Égalité. He sat in both the National Constituent Assembly and the National Convention, and in 1793 voted for the king’s execution.

Four months later after Louis XVI’s execution, Philippe was himself arrested on suspicion of conspiring with counter-revolutionary émigrés. He was tried and executed in November 1793.

Citation information
Title: “Duke of Orleans”
Authors: Jennifer Llewellyn, Steve Thompson
Publisher: Alpha History
URL: https://alphahistory.com/frenchrevolution/duke-of-orleans/
Date published: May 21, 2017
Date accessed: January 30, 2023
Copyright: The content on this page may not be republished without our express permission. For more information on usage, please refer to our Terms of Use.