Louis Mountbatten (1900-1979) was a British military officer, statesman and minor royal and the victim of assassination at the hands of the Provisional IRA. 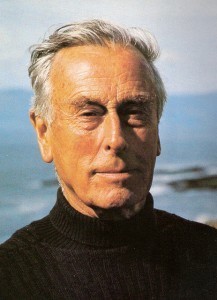 Mountbatten was the great-grandchild of Queen Victoria and the son of a German prince. As a young boy, he was earmarked for a naval career, completing training at the Naval College at Osbourne and served on Royal Navy ships during World War I. Mountbatten remained in the Royal Navy for more than 30 years, serving as a destroyer captain and later the commander of British forces in south-east Asia.

After the war, Mountbatten served briefly as the last viceroy of the British Raj in India. He remained as governor-general of India after its independence in 1947. Mountbatten returned to naval duties, serving as NATO commander in the Mediterranean during the 1950s. He was later appointed First Sea Lord and promoted to Admiral of the Fleet. He was also a mentor to the young Prince Charles.

Mountbatten became the highest profile victim of the Troubles when he was assassinated by the Provisional IRA in 1979. Mountbatten had a holiday retreat in Mullaghmore, a coastal village in the Republic of Ireland just 16 kilometres from the Northern Ireland border.

On August 27th 1979, Mountbatten and six companions went sailing in his 30-foot boat, unaware the IRA had planted a 50-pound bomb in the hold. The bomb detonated when the boat was offshore, killing Mountbatten and three others (an 83-year-old relative, Mountbatten’s 14-year-old grandson and a 15-year-old deckhand).

Both the Irish National Liberation Army (INLA) and the Provisional IRA took responsibility for Mountbatten’s murder, though evidence suggests it was the latter. A Provo volunteer, Thomas McMahon, was arrested by Irish police and linked to the bombing through forensic evidence. He was later convicted and sentenced to life imprisonment.

Mountbatten was killed on the same day as the Warrenpoint massacre, a Provisional IRA ambush that killed 16 British soldiers in County Down. Both attacks triggered outrage and condemnation around the world. While the IRA avoided attacks on high profile figures like British royals, Mountbatten was considered both a political and military target. IRA propaganda pointed out the hypocrisy of the British media, which gave extensive coverage to Mountbatten’s death but much less to other victims of the Troubles.

Mountbatten’s funeral at Westminster Abbey was attended by thousands of people, including scores of foreign royals and dignitaries.