Albert Reynolds (1932-2014) was an Irish entrepreneur and politician who served as the Republic of Ireland Taoiseach between 1992 and 1994. 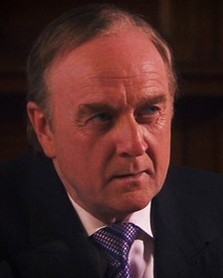 Born in a remote village in County Roscommon, Reynolds was the son of a farmer and cab driver who managed a dance hall in the evenings. Reynolds was educated in Sligo but left school in his teens after being offered a clerical job. He worked in the public service before following his father into live entertainment.

By the mid-1960s, Reynolds owned or operated a string of dance and music halls across Ireland. He invested in a diverse range of businesses and became very wealthy. Through his business interests, Reynolds developed an interest in politics, joining Fianna Fáil. In 1977, at the age of 44, he won a seat in the Dáil Éireann. Between 1979 and 1988 Reynolds held several ministerial portfolios including transport, industry, energy and finance.

Reynolds was elected Taoiseach in February 1992, following the retirement of Charles Haughey. The new leader had a keen sense of history and made peace in Northern Ireland his number one priority, despite having rarely spoken on the subject before. A pragmatist with no ideological ties, Reynolds believed that inclusion, dialogue and partnership were essential building blocks to peace in Northern Ireland.

Reynolds aligned with British prime minister John Major and they developed a friendly working relationship (though it was not without its clashes and disagreements). In 1993 Reynolds convinced Major to sign the Downing Street Declaration, a bilateral commitment to self determination, reconciliation and peaceful negotiations.

Reynolds then turned his attention to Sinn Fein and the Provisional IRA. “Instead of continuing to marginalise these people”, he said, “I’m going to try to pull them in”. Convincing the Provisional IRA to adopt its August 1994 ceasefire was arguably his finest hour.

Reynolds’ stint as taoiseach was over three months later. A domestic controversy in November 1994 caused the coalition government to collapse, forcing Reynolds’ resignation as taoiseach and Fianna Fáil leader. He was replaced by Bertie Ahern, who played an important role in the Good Friday agreement.

Albert Reynolds remained in the Dáil until his 2002 retirement. In his last years, Reynolds suffered from the effects of Alzheimer’s Disease, which claimed his life in August 2014.