Jacques Necker (1732-1804) was a French finance minister and a significant figure in the unfolding revolution of 1789. 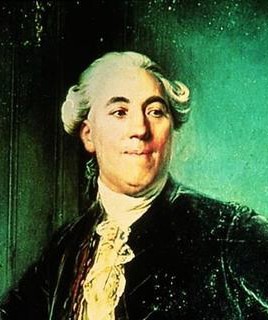 Born in Geneva, Necker was the son of a Swiss law professor but shunned law and instead trained as a banker. He established his own bank in the 1750s and became independently wealthy, in part through loans to the French royal government.

By the mid-1770s, Necker was semi-retired and living in Paris. He devoted much of his time to reading and writing, particularly about economics while his wife (Suzanne) and daughter (Madame de Stael) hosted well-known salons.

In 1776, Necker was recruited by Louis XVI‘s government, which was impressed by his financial reputation as well as his connections. In June 1777, Necker was appointed as director-general of finance, giving him virtual control of the French economy.

Discovering the nation almost bankrupt, Necker attempted some minor reforms but for the most part sought to keep the economy afloat through foreign loans, which had to be constantly juggled and refinanced. In February 1781, Necker published Compte Rendu au Roi sur les Finances, a financial report that suggested France was carrying significantly less debt than it actually was.

Necker was dumped from office three months later, the product of manipulations and intrigues of those who disliked him. But the king would return to Necker after the failures of Calonne and Brienne, reinstating him as finance minister in 1788.

Necker appeared at the Estates-General but failed to offer a clear program of either fiscal or political reform, nor did he provide an accurate summary of France’s perilous debt.

Despite his political failures, Necker was hailed as a progressive reformer by the people, who were moved to revolt when he was sacked again on July 11th 1789. Necker was recalled a week later and stayed in office until mid-1790, however, he failed to have any significant impact on the new society.

Citation information
Title: “Jacques Necker”
Authors: John Rae, Steve Thompson
Publisher: Alpha History
URL: https://alphahistory.com/frenchrevolution/jacques-necker/
Date published: May 6, 2017
Date accessed: January 21, 2023
Copyright: The content on this page may not be republished without our express permission. For more information on usage, please refer to our Terms of Use.