Charles de Calonne (1734-1802) was a royal minister whose attempts to reform the nation’s fiscal system in the late 1780s helped trigger the revolution. 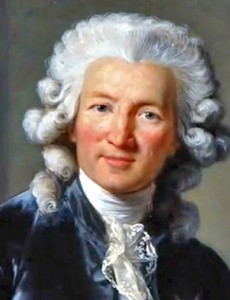 A judge’s son from northern France, Calonne entered the public service as an indentant and displayed a capacity for managing difficult financial matters.

In 1783, Louis XVI appointed Calonne as finance minister, at a time when the nation’s debt was stretched to its limits by involvement in the American Revolutionary War. Calonne made some superficial reforms, chiefly to debt management and currency – but he knew the size of the national debt (more than 110 million livres) required more fundamental fiscal restructuring.

Calonne recommended increasing the government’s revenue base by introducing a tax on all land, with no exemptions for the First or Second Estates.

Aware that this proposal would be rejected by the parlements, Calonne instead submitted it to a specially-convened Assembly of Notables. The Notables, however, also rejected it, believing that Calonne was either exaggerating the debt or was himself personally responsible for it.

His plans thwarted, Calonne resigned and went into self-imposed exile in England, which allowed him to survive the revolution. Calonne returned to his native France a month before his death in October 1802.

Citation information
Title: “Charles de Calonne”
Authors: John Rae, Steve Thompson
Publisher: Alpha History
URL: https://alphahistory.com/frenchrevolution/etienne-brienne/
Date published: May 13, 2017
Date accessed: September 17, 2021
Copyright: The content on this page may not be republished without our express permission. For more information on usage, please refer to our Terms of Use.