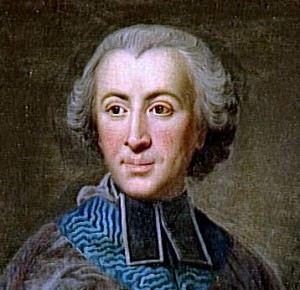 Born in Paris to an affluent family, Brienne excelled at his studies, obtaining a doctorate while still in his early 20s. He entered the church and progressed through the ranks, becoming an archbishop in 1763. Politically astute and a very efficient administrator, Brienne served in important bureaucratic roles in the church and became known as a reformer.

From May 1787, Brienne served as the president of the Assembly of Notables; in this role he obstinately resisted the package of reforms put forward by the incumbent minister, Calonne.

In May 1788, Calonne was removed and replaced with Brienne, who attempted to push through a number of reforms not dissimilar to Calonne’s. This led to Brienne’s own sacking from the ministry.

Brienne became a cardinal in late 1788 and moved to Rome. In 1790, he returned to France to swear the oath required by the Civil Constitution of the Clergy, an act that saw him stripped of his cardinalship by the Vatican.

Brienne later renounced Catholicism altogether but was nevertheless arrested during the Reign of Terror, dying in prison.

Citation information
Title: “Etienne Brienne”
Authors: John Rae, Steve Thompson
Publisher: Alpha History
URL: https://alphahistory.com/frenchrevolution/etienne-brienne/
Date published: May 13, 2017
Date accessed: September 17, 2021
Copyright: The content on this page may not be republished without our express permission. For more information on usage, please refer to our Terms of Use.