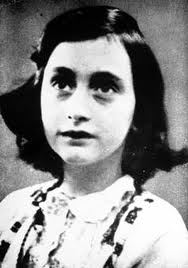 Anne Frank (1929-1945) was a German-Jewish teenager and prominent victim of the Final Solution. She spent two years in hiding during the Nazi occupation of Amsterdam, writing prolifically about her personal experiences, thoughts and feelings. Frank’s diary, published two years after her death, has become the best known personal account of a victim of the Holocaust.

Anne Frank was in the German city of Frankfurt. Her father, Otto, served in the German army as an officer during World War I and worked in the manufacture of foodstuffs. Otto and his wife, Edith, were liberal Jews who valued education and encouraged their children to read and study.

In 1934 the Franks, increasingly concerned about the anti-Semitic policies of Adolf Hitler and the Nazi Party, fled Germany and relocated to the Netherlands. Their new life in Holland was disrupted when German troops invaded in May 1940. The Nazi occupation led to Otto Frank losing his business while the children were forced to move to Jewish-only schools.

Facing arrest and deportation to the concentration camps, in July 1942 Frank’s father moved the family into a hidden annexe at the rear of his workplace. They would remain there for more than two years, concealed and supplied by four of Otto Frank’s former work colleagues.

During her time in this secret annexe, Anne Frank kept a diary. In it, she recorded her thoughts and observations about her family, their fate and other Jews sharing the annexe. She also penned several short stories and started writing a novel.

In August 1944, the annexe was raided by the Sicherheitsdienst (SS security police) after an anonymous tip-off. The identity of the informer is uncertain. The Franks were arrested and deported to Auschwitz-Birkenau, a journey that took three days via train.

In November, Anne and her mother were relocated to Bergen-Belsen. Both contracted typhus and died within a few weeks of their arrival. Otto Frank remained in Auschwitz and was liberated by the Russians. He was the only inhabitant of the hidden annexe to survive.

Otto took possession of Anne’s diary and other writings. In accordance with her wishes, he collated them and published them as ‘The Secret Annex’ in 1947. Anne Frank’s diary was published around the world, selling millions of copies. Otto Frank established the Anne Frank Fonds, an organisation to distribute her diary, before dying in 1980.