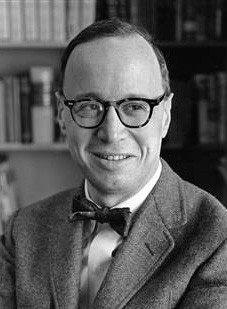 The younger Schlesinger attended Harvard, where he graduated with honours in 1938. During World War II he worked in intelligence with the Office of Strategic Services (OSS), the forerunner to the Central Intelligence Agency.

After the war, Schlesinger took up a professorship at Harvard. He also became involved in politics, working as a speechwriter for Democratic presidential candidates Adlai Stevenson and John F. Kennedy. Schlesinger became friends with Kennedy, who appointed him as a special advisor to the president after his inauguration in 1961. After Kennedy’s assassination, Schlesinger authored perhaps the best-known account of his presidency, titled A Thousand Days.

Schlesinger’s first book on the Cold War, published in 1967, placed him firmly in the Orthodox camp.

Schlesinger was a strident anti-communist who believed the origins of the Cold War were found in Marxist-Leninism. The Soviet Union, he argued, was founded upon an ideology that preached revolution and worldwide expansion. American policies were “the brave and essential response of free men to communist aggression”.

Schlesinger criticises “universalists” who sought an international consensus that included the Soviets when Moscow’s only interest was in expanding and establishing spheres of influence. Schlesinger was strongly critical of Revisionist historians, particularly his nemesis, William Appleman Williams. He condemns them for equating the US with the Soviet Union which “was not a traditional nation-state” but “a totalitarian state… with an all-explanatory, all-consuming ideology”.

He also accuses Revisionists of underestimating Joseph Stalin and treating the Soviet leader “as just another Realpolitik statesman”, when in Schlesinger’s assessment he was dictatorial, paranoid and quite mad.

“The orthodox American view, as originally set forth by the American government and reaffirmed until recently by most American scholars, has been that the Cold War was the brave and essential response of free men to communist aggression.”

“Marxism-Leninism gave the Russian leaders a view of the world according to which all societies were inexorably destined to proceed along appointed roads by appointed stages until they achieved the classless nirvana. Moreover, given the resistance of the capitalists to this development, the existence of any non-Communist state was by definition a threat to the Soviet Union… An analysis of the origins of the Cold War which leaves out these factors – the intransigence of Leninist ideology, the sinister dynamics of a totalitarian society and the madness of Stalin – is obviously incomplete.”

“No one should be surprised by [Cold War revisionism]. Every war in American history has been followed in due course by sceptical reassessments of supposedly sacred assumptions.”

“Peacemaking after the Second World War was not so much a tapestry as it was a hopelessly ravelled and knotted mess of yarn.”

“The more one contemplates the Cold War, the more irrelevant the allocation of blame seems. The Second World War left the international order in acute derangement. With the Axis states vanquished, the Western European allies spent, the colonial empires in tumult and dissolution, great gaping holes appeared in the structure of world power. Only two nations… had the military strength, the ideological conviction and the political will to fill these vacuums.”

“The history of Russia had been the history of invasion, the last of which was by now horribly killing up to 20 million of its people. The protocol of Russia, therefore, meant the enlargement of the area of Russian influence. [Kennan] called this ‘urge’ a ‘permanent feature of Russian psychology’.”

“Some [historians] have gone back well before the Second World War to lay open the sources of Russian expansionism. Geo-politicians traced the Cold War to imperial Russian strategic ambitions which in the 19th century led to the Crimean War, to Russian penetration of the Balkans and the Middle East and to Russian pressure on Britain’s “lifeline” to India. Ideologists traced it to the Communist Manifesto of 1848.”

“An analysis of the origins of the Cold War which leaves out these factors – the intransigence of Leninist ideology, the sinister dynamics of a totalitarian society, and the madness of Stalin – is obviously incomplete. It was these factors which made it hard for the West to accept the thesis that Russia was moved only by a desire to protect its security and would be satisfied by the control of Eastern Europe.”

“The reason that the Cold War never exploded into ‘hot war’ was surely, and by providential irony, the invention of nuclear weapons. One is inclined to support the suggestion that the Nobel Peace Prize should have gone to the atomic bomb.”

“Russians and Americans alike came to see the Cold War as a duel between two superpowers… But the reduction of the Cold War to a bilateral game played by the Soviet Union and the United States is a fallacy. The nations of Europe were not spectators at someone else’s match. They were players too.”