Anthony Blunt (1907-1983) was a British war veteran and historian who was later exposed as a Soviet agent and publicly disgraced. 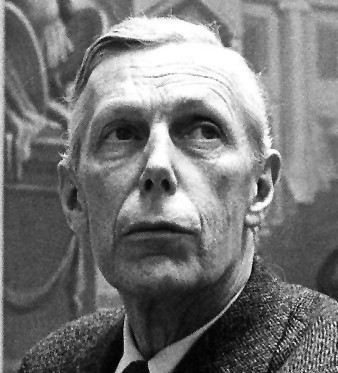 A distant relative of the Queen Mother, Blunt was the son of an Anglican reverend. He was educated at the prestigious Marlborough College, where he excelled. Blunt won a scholarship to Trinity College, Cambridge to study mathematics, though he later switched to languages and graduated in 1930. He taught at Cambridge while completing graduate studies in art history.

Blunt was well known for his left-wing political views and Marxist sympathies. At some point in the 1930s, probably while visiting the Soviet Union, Blunt was recruited by the NKVD (the Soviet secret police). He worked for the Soviets as a ‘talent spotter’, passing on no secrets but suggesting politically sympathetic individuals who might make useful spies.

On the outbreak of World War II in 1939, Blunt joined the British Army. He served briefly in the intelligence corps before being recruited to MI5 by Victor Rothschild, a former colleague at Cambridge. It is unclear whether Blunt passed secrets to Moscow during the war, though he was certainly in a position to do so.

After the war, Blunt became a prominent art historian. He was appointed by George VI as Surveyor of the King’s Pictures. He continued his scouting for the Soviets and was responsible for recruiting Guy Burgess, with whom Blunt shared a flat.

Many individuals were aware of Blunt’s connection with the Soviets, though MI5 was either not aware or chose not to act. Blunt was eventually arrested and interrogated in 1964. Blunt was granted immunity from prosecution, in return for a full confession. News of his arrest and information about his espionage were concealed from the public.

Blunt’s life as a spy was kept secret for 15 years. During this period he extended his reputation as an art historian at the University of London, later receiving a knighthood. Blunt’s secret was eventually exposed by British prime minister Margaret Thatcher in 1979, shortly after his retirement from royal duties.

Blunt’s exposure unleashed a campaign of press persecution and vilification, focused not only on his espionage for the Soviets but also his homosexuality. His surname came to be used as rhyming slang for a gross insult. Blunt passed away in March 1983.