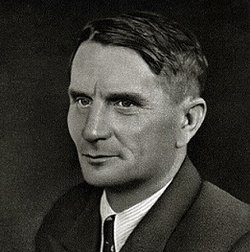 Trofim Lysenko (1898-1976) was a Soviet Russian scientist and researcher who specialised in biology and agronomy (the growth and cultivation of plants for food and human use). He developed theories that were adopted in communist China with mostly disastrous results.

Lysenko was born to a peasant family in what is now Ukraine. He studied in Kiev and conducted research in vernalisation (germination and plant growth in low temperatures).

During the 1930s, Lysenko developed many new but scientifically unfounded genetic and agronomical theories. He claimed that plant growth factors were hereditary, that plant species could be conditioned or ‘taught’ to grow faster or yield more by adjusting their environment. Freezing wheat seeds, for example, would expand the growing season and increase wheat yields.

Lysenko’s theories not only promised greater production, they also challenged the findings of Western scientists. As a consequence, Lysenko enjoyed the support of Soviet dictator Joseph Stalin, while several scientists who criticised or challenged his work were arrested, exiled or executed.

After Stalin’s death in 1953, Lysenko’s theories fell out of favour and were widely discredited, both in the Soviet Union and the West. They remained popular in the People’s Republic of China, however, where they had arrived via Soviet advisors. Mao Zedong‘s ‘Eight Point Charter of Agriculture’ (1958) was strongly influenced by the theories of Lysenko.

Chinese peasant farmers were ordered to embrace ‘Lysenkoism’ and to abandon techniques they had used for centuries. Farmers were ordered to ‘close plant’ seeds and seedlings, being assured by government officials that plants of the same species would not compete for water or nutrients. Lysenkoist theory claimed that deep ploughing the soil would encourage faster, deeper root growth. Chemical fertilisers and pesticides were also banned, the latter replaced by Mao’s disastrous Four Pests campaign (1958).

The changes based on Lysenko’s pseudo-science had a disastrous effect on Chinese agricultural production in the late 1950s. They were a contributing factor to the Great Chinese Famine (1959-61).

Lysenko himself was stripped of his government and academic roles and consigned to a small experimental farm. He died in 1976, two months after Mao Zedong.