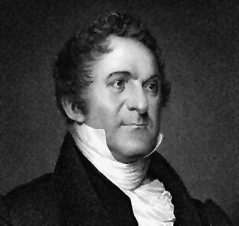 Books: Sketches of the Life and Character of Patrick Henry (1817)

William Wirt was an American writer and biographer of the early 19th century, though he was better known to American history as a politician and statesman.

Born in Maryland, Wirt was orphaned at the age of eight after the premature deaths of his parents. He was raised by an uncle, who funded his education, and at 18, commenced training in the law.

By the end of the 1700s, Wirt had his own practice in Virginia, combining his legal work with his other great passion, writing. He served as the prosecutor in the treason trial of former vice president Aaron Burr (1807) and was elected to the lower house of the Virginia state assembly (1808).

In 1817, Wirt was named as United States Attorney General by James Monroe. He remained in this role for more than 11 years, serving under the presidencies of Monroe and John Quincy Adams.

Wirt published several books but one, in particular, had a profound effect on popular folklore. Wirt’s Sketches of the Life and Character of Patrick Henry was a glowing and exaggerated account of the Virginian statesman’s life, career and involvement in the American Revolution.

Though more biographer than historian, Wirt spent 12 years trying to locate documentary sources by or about Henry, with little success. Though Wirt was researching a figure known for his provocative speeches and commentary, few accurate transcripts of Henry’s speeches could be found.

Wirt’s response was to reconstruct Henry’s speeches based on the recollections of those who heard them and whatever supporting documents he could find. Some of these, such as his “If this be treason make the most of it” (1765) speech and his demand for “Liberty or death” (1774), have passed into historical memory as verbatim accounts of what Henry said. Wirt was a skilled lawyer and a diligent researcher – but these reconstructions of speeches 30-40 years after they were made are dubious.

“It was in the midst of this magnificent debate, while he [Henry] was descanting on the tyranny of the obnoxious act, that he exclaimed in a voice of thunder, and with the look of a god: ‘Caesar has his Brutus, Charles the First his Cromwell, and George the Third…’ – ‘Treason!’ cried the Speaker, ‘Treason, treason!’ echoed from every part of the house. It was one of those trying moments which is decisive of character. But Henry faltered not for an instant. But rising to a loftier attitude, and fixing on the Speaker an eye of the most determined fire, he finished his sentence… ‘…may profit by their example. If this be treason, make the most of it.”

“I had frequently heard the above anecdote of the cry of treason but with such variations of the concluding words that I began to doubt whether the whole might not be fiction… I therefore submitted it to Mr Jefferson… and this is his answer: ‘I well remember the cry of treason, the pause of Mr Henry and the name of George III…’ The incident, therefore, becomes authentic history.”

“I may have been led by the evidence on which my narrative founded to assign Mr Henry too high a rank in the glory of the American Revolution. But if I have done so, I can affirm with the most solemn truth that I have not sinned intentionally.”