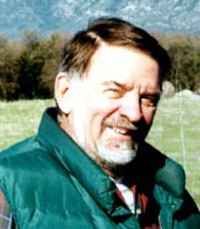 Books: Class and Society in Early America (1970), The Urban Crucible: Change, Political Consciousness and the Origins of the American Revolution (1979), Race, Class and Politics: Essays on Colonial America and Revolutionary Society (1986), The Unknown American Revolution: The Unruly Birth of Democracy and the Struggle to create America (2005).

Gary B. Nash is one of the most prolific historians of the American Revolution in the modern era.

Nash was born in Philadelphia, the crucible of American independence, and educated in public schools. He graduated from Princeton in 1955 and served in the US Navy, before returning to Princeton to complete his doctorate. He then served as an academic at Princeton and the University of California.

Nash’s first major publication was a study of Quakerism and its influence on the political development of his native Pennsylvania. Since then, he has expanded the scope of his research to include political and social histories of colonial America, the revolutionary period and race relations. Nash has also worked extensively on furthering and improving the study of history in American schools.

The titles of Nash’s books offer some insight into his historical perspective. Nash’s histories are studies of revolution ‘from the ground up’. They are less interested in the lives of Founding Fathers like Jefferson and Washington and more concerned with the experiences of ordinary Americans.

Nash’s The Unknown American Revolution is an examination of street-level revolutionary action, which tended to be unpredictable, robust and occasionally divisive. Born in the taverns and town meetings, these forms of revolutionary sentiment were expressed passionately if somewhat crudely in the form of rumour, propaganda, intimidation and violence.

To the common class, Nash argues, the American Revolution was as much about the internal class struggle as it was about ridding America of British control. The aim of these ordinary revolutionaries was to establish and expand democracy in America – a more extensive democracy, Nash believes, than the political system they ended up with.

“What was amiss in the ‘best poor man’s country’, as many European visitors called the mid-Atlantic region? At stake was the question of land and under what conditions it would be owned, leased or occupied.”

“Coming from Europe, where land was scarce and beyond the grasp of most people, immigrants made the acquisition of cheap land and secure title to it their most treasured goal. Land was the holy grail and control of it became a cause of incessant conflict – both with native peoples and among the Europeans who coveted it.”

“Intensifying the disputes [over land] were religious and cultural differences… The yeomen were mostly descended from English and Dutch immigrants… Their churches were Congregational, Baptist, Quaker and Presbyterian. On the other hand, most of the proprietors were Scottish and Anglican, members of the most hierarchical, stiff-necked church.”

“The notion – of a slate wiped clean of historical encumbrances, of entrenched class hostilities, of religious bigotry, of racial oppression and conflict, of conventions about gender roles, of genocidal urges directed at Native Americans – was heady, exhilarating and filled with latent dynamite. In a wide range of communities, thousands imbibed the idea that the Revolution must take up, as part of its work, the remaking of America.”

“We can see that the American Revolution was not only a war of independence but a many-sided struggle to reinvent America. It was a civil war at home as well as a military struggle for national liberation.”

“War has a way of smoothing out prior disputes and healing angry wounds, because facing a powerful enemy obliges people to embrace a common cause. But… when prolonged conflict necessarily involves the creation of new governments to live under, the abrasions of the past are rarely forgotten.”

“On the eve of the American Revolution, the slave population was dwindling as a result of a small number of private acts of manumission and because of the virtual cessation of the slave trade… [however] the appeals of anti-slavery ideologues went largely unheeded whenever they interfered with the demand for bound labour.”

“African Americans had reached a crossroads during the Revolution, with one large contingent casting their lot with the British and the others hoping against hope that white Americans would honour their founding principles by making all people free and equal.”

“Gaining freedom in a land of captivity and wresting equality from a society whose founding documents guarantee it has been the consuming desire and everlasting hope that has kept [African-American slaves] going.”

“Public school and college students and the public in general learned almost nothing about the African-American revolutionary experience from the books that commanded library shelves.”

Citation information
Title: “Historian: Gary B. Nash”
Authors: Jennifer Llewellyn, Steve Thompson
Publisher: Alpha History
URL: https://alphahistory.com/americanrevolution/historian-gary-b-nash/
Date published: March 15, 2015
Date accessed: January 30, 2023
Copyright: The content on this page may not be republished without our express permission. For more information on usage, please refer to our Terms of Use.