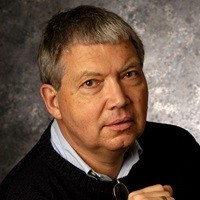 Edward Countryman is an American historian of the late 20th century.

Countryman studied at Manhattan College and Cornell University, graduating from the latter with a doctorate in 1971. He has taught at Yale, in Britain and New Zealand, and is currently a professor of history at Southern Methodist University, Texas.

Countryman’s historiographical position is difficult to pinpoint. He resides somewhere between liberal neo-Whigs like Wood and Bailyn and the ‘history from below’ writers of the left.

Countryman takes a holistic view of the revolution, interpreting it as a long and often painful transition that involved people of all classes and communities, races and regions. He takes into account the actions and grievances of ordinary colonial Americans while linking them to broader social, political and ideological changes and developments.

Countryman also places the American Revolution in a broader imperial and international context, acknowledging that it was caused and shaped by external as well as internal factors. Because of this measured approach, Countryman has been variously described as a “balanced” or “nexus” historian of the revolution.

“Almost until independence, white colonials’ quarrel with the British government turned on being British while dwelling outside the realm of England, Scotland and Wales… The British connection was everywhere, and an account of the Revolution that more or less ignored it was inadequate.”

“Crowds or mobs or popular uprisings were central to the public life of colonial and revolutionary America. By itself, no single riot can ever make a revolution… Rioting was often defensive. It was the act of people who wanted to restore or protect something good, not of people who were driven by a vision of change.”

“Dulany reasoned in abstruse legalities; Laurens described endless technical procedures; Dickinson flavoured his prose with Latin quotations. But Jefferson wrote in clear, polished, highly readable English. The difference is not simply between three writers whose style was indifferent and one whose style was superb. It is that Jefferson understood that debate was one thing and resistance another. He saw that people outside his own class would have to be the real source of resistance.”

“The Constitution was most emphatically a republican document. It established a political order that came as close as possible to having its basis in the consent of the people whom the government would rule.”

“Even by the standards of the day, it was not democratic… The Constitution aimed to limit involvement, not to encourage it… The Senators would owe their office to the state governments, not to direct election… The House [of Representatives] would represent constituencies as large as 30,000 people, which was nearly the population of the whole state of Delaware.”

“The Constitution neither strengthened nor undermined slavery; faced with a fundamental problem, the delegates chose to avert their gaze.”