Le Duan (1907-1986) was the mastermind behind the Viet Cong and, after Ho Chi Minh, North Vietnam’s most significant leader. 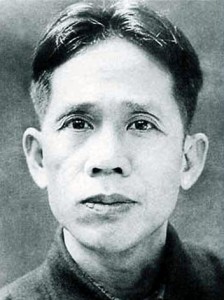 Little is known of Le Duan’s early life. He was born Le Van Nhuan to a peasant family in the central province of Quang Tri. He relocated to Hanoi as a teenager, worked as a railway clerk and became a foundation member of the Indochinese Communist Party (ICP).

Radical and impatient but also a skilled strategist and organiser, Le’s political activities raised the ire of French colonial authorities. He was arrested in 1931 and imprisoned for a period of five years.

By the late 1930s, Le was a significant ICP leader and an active revolutionary. He was arrested again in 1939 and spent the duration of World War II in prison.

During the late 1940s and early 1950s Le Duan became the Viet Minh’s ‘man in the south’. He worked tirelessly to recruit, organise and mobilise resistance in Vietnam’s southern provinces, laying the groundwork for the future National Liberation Front (NLF) or Viet Cong.

Le returned to Hanoi in 1953 and held several important positions in the Lao Dong Politburo and the North Vietnamese government. He opposed the Geneva Accords, arguing that Vietnam should remain unified. He returned to South Vietnam in 1954, remaining undercover and organising communist resistance in key areas. In 1957, Le returned to Hanoi and was appointed the general secretary of the Lao Dong.

More militant than Ho Chi Minh and Vo Nguyen Giap, Le Duan pushed for a “war of reunification” against the Ngo Dinh Diem government in Saigon and its American backers. The Viet Cong’s campaign of insurgency, assassinations and terrorism in 1959-61 was directed chiefly by Le.

After the death of Ho Chi Minh in 1969, Le became the undisputed head of the North Vietnamese government. He pursued the Vietnam War until its victorious conclusion in 1975.

Le continued to lead post-war Vietnam for another decade, drawing it closer to the Soviet Union. He died in 1986.