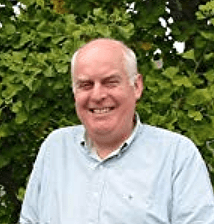 William Doyle is a prominent English historian who specialises in 18th century France. He is best-known for his 1989 work The Oxford History of the French Revolution.

Doyle was born in March 1942, the son of a tailor. Schooled in his native Yorkshire, he graduated from Oxford Unversity with a bachelor’s degree in history in 1964. Doyle’s doctoral thesis, also completed at Oxford, focused on members of the Bourdeaux parlement on the eve of the revolution; this was later published as his first book.

Doyle has lectured at the University of York, University of Nottingham and, most recently, the University of Bristol. He has also been a visiting professor at Oxford and in Paris, Bordeaux and South Carolina. Doyle’s first significant work on the French Revolution, published in 1980, explored its causes and origins.

Many students will know Doyle for his much broader Oxford History of the French Revolution, first published in 1989 with a revised version in 2002. Combining a narrative account with considerable detail and analysis, Oxford History has become a mandated text in many college courses.

Doyle’s perspective is undoubtedly revisionist, though some of his views align with earlier interpretations. Doyle believes the French Revolution must be considered in its broader historical context; he sees it as a complex event following a long period of significant change and transition.

Like pre-revisionist historians, Doyle acknowledges France’s social issues, such as the existence of widespread poverty, the rapid growth of the bourgeoisie and their attempts to enter the privileged estates.

Unlike Marxist historians, however, Doyle suggests the chief causes of the revolution were political, not ideological or social. He believes the collapse of the royal government created a power vacuum that was not adequately filled, forcing the leaders of 1789-95 to attempt hasty, desperate and ineffective responses to critical and often deep-rooted problems.

“The Revolution began as an assertion of national sovereignty. Nations – not kings, not hereditary elites, not churches – were the supreme source of authority in human affairs. It was this conviction which led the National Assembly in 1790 to declare that France would never make war except in self-defence… It only took a few months for the Convention to recognise the impossibility of such an open-ended pledge.”

“The collapse of the old order and the headlong changes that followed took everyone by surprise. In the confusion of the next five years, with ever more horrific news of destruction, outrage and massacre, bewildered onlookers cast about for explanations for such a boundless upheaval. Hostile observers thought it could only be a conspiracy.”

“At the beginning, the impetus of the French Revolution had been intellectual far more than social or economic. Enriched and enormously expanded by three generations of widening prosperity, the leisured classes of France had invested their gains in culture – which meant above all education.”

“By the mid-18th century, an educated, critical public opinion was emerging, an expanding market for ideas which writers of all shades of opinion sought to engage… Loss of public confidence underlay the financial and political crisis which precipitated the downfall of a system of government too little changed in its habits and priorities since the days of Louis XIV.”

“Poverty was France’s most visible social problem. Nobody could overlook it. All travellers noticed the misery of rural housing and the poor appearance of the peasantry… The poor, meaning those without adequate employment or other means of support, numbered at the best of times almost a third of the population: eight million people. In bad times two or three million might join them, as crops failed and jobs disappeared.”

“For at the beginning, the impetus of the French Revolution had been intellectual more than social or economic. Enriched and enormously expanded by three generations of widening prosperity, the leisured classes of France had invested their gains in culture – which means, above all, education.”

“There was a rising bourgeoisie, as there always had been, but it was part of the ruling class – or at least in the process of becoming part [it]. And although it was propelled by capitalism, it was constantly seeking to abandon capitalism rather than push it to a position of dominance. Its cultural ambitions were one sign of that. Bourgeoisie and nobility together were different elements in one ruling class rather than two antagonistic ones. One of the things that united them was a common culture. Another was an ability and a determination to extract surplus from other classes – and this bred a resentment in the latter that was briefly released by the Revolution. If we are looking for class conflict, this is the place to find it.”

“The rise of the bourgeoisie and the rise of capitalism still have a role to play in our thinking about the Revolution – but it is a much longer-term and more distant perspective in which the Revolution no longer enjoys its old pivotal importance.”

“The people of Paris had saved the National Assembly on July 14th and perhaps in October 1789 as well. When only counter-revolutionaries still dared to call mobs were no manifestations of the people, aroused and in action, and voices could always be found to justify their excesses.”

“The Revolution broke out at a moment of rare economic crisis, and this circumstance was to affect its whole subsequent character. Much of the boundless, unrealistic hope invested in the Estates-General by all classes in the spring of 1789… sprang from anxieties aroused by the harvest failure of 1788… Popular support for the patriotic cause in Paris in July was based on the assumption that under the new regime, there would be guaranteed supplies of cheap bread. In the eyes of the sans-culottes, failure to achieve this would mean betrayal of the Revolution.”

“It was resistance that made the Revolution violent. It was naïve of the men of 1789 to think that they could regenerate the nation without opposition, and imagine that the honesty and benevolence of their intentions would be as obvious to others as to themselves.”

“Coming to the French Revolution from research on the Ancien Regime, I have always seen it as the unpredicted and unpredictable upheaval that overwhelmed contemporaries, rather than the inevitable product of a rotten and decaying social order whose defects could be taken for granted. For most historians of the Revolution, what went before is a mere overture; whereas I tend to see the Revolution as a tragic finale. Most historians of this event have either accepted it at its own valuation or condemned it out of hand. Neither attitude promotes the understanding that such a complex phenomenon demands.”

“One of the favourite mantras of the Revolution’s classic interpreters was taken from Georges Clemenceau… The Revolution, he declared, was a bloc. It had to be accepted in its totality, terror and all. It could not be disaggregated. Revisionism – with its emphasis on the contingent, the accidental and the reality of choices facing those involved – suggested otherwise.”

This French Revolution site contains articles, sources and perspectives on events in France between 1781 and 1795. This site is created and maintained by Alpha History. It contains 231,430 words in 354 pages and was updated on September 8th 2020. For more info, visit our FAQ page or Terms of Use.