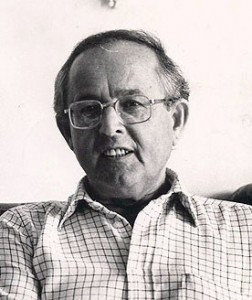 Alfred Soboul was born in Algeria, then a French colony, to working-class parents. Shortly after Soboul was born, his father was killed in World War I and the family returned to France.

The young Soboul excelled at his studies and won a scholarship to a prestigious secondary school in Paris. He served briefly in World War II before becoming a teacher and completing historical research in his spare time.

In 1953, Soboul penned the first of several texts about the French Revolution, most of which fit firmly into the Marxist school (he was a member of the French Communist Party).

Placing the revolution in the broader historical context of the period, and applying left-wing socio-economic perspectives, Soboul’s work is particularly interested in the sans culottes. He sees them as a broad-based popular movement, intent on improving the lives of the middle and lower classes, not just in Paris but elsewhere in France.

Soboul is sometimes criticised for his tendency to generalise about the sans culottes movement, his idealism about its motives and his failure to use credible sources to support his conclusions. Regardless of these criticisms, no other historian or writer has been as successful at bringing the Paris mob, the sans culottes and the enragés to life.

“The Revolution marks the advent of bourgeois capitalist society in French history. Its essential achievement was the creation of national unity through the destruction of the seigneurial system and the privileged orders of feudal society.”

“At the end of the 18th century, the structure of French society remained essentially aristocratic. It still bore the stamp of its origin, in an age when land formed the only basis of wealth, and consequently gave those who owned it power over those who worked it.”

“Half a century before Marx, Barnave had already formed a theory of bourgeois revolution… He laid down the principle that the ownership of property influences the development of institutions, that the landowning aristocracy obstructed the emergence of a new social order.”

“The bourgeoisie wanted more than just equality with the aristocracy. It demanded liberty, not just political liberty but the idea of economic liberty, of free enterprise and profit.”

“Today, everyone knows that the bourgeoisie led the Revolution. In 18th century society, however, the bourgeoisie did not form a homogenous class. Some elements had found a place in the structure of the old regime and shared, to a greater or lesser extent, the privileges of the dominant class.”