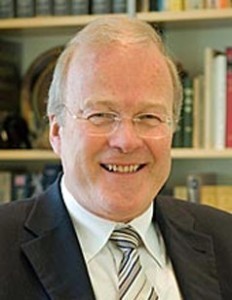 Peter McPhee is an Australian historian and academic who specialises in French history.

McPhee was born in Victoria’s western districts and educated in Colac and Melbourne. He studied history at the University of Melbourne, graduating with a doctorate in 1973.

McPhee lectured at La Trobe University and in New Zealand, before accepting a professorship at the University of Melbourne in 1987. He has since held several administrative positions there, including the university’s inaugural provost.

McPhee is a recognised expert in the French Revolution, having researched and written about it since the early 1990s. He is primarily a social historian who has revived classical and Marxist interpretations of revolutionary events and forces. His writing echoes and defends the earlier work of Lefebvre and Rude, while criticising revisionist histories from the likes of Cobban.

“Only recently have historians – and almost exclusively Marxist historians – begun to reexamine the general nature of the peasant movement and the impact of the revolution on rural life.”

“The Revolution of the Bourgeois deputies had only been secured by the active intervention of the people of Paris.”

“While proclaiming the universality of rights and civic equality of all citizens, it [The Declaration Of Rights of Man and Citizen] was ambiguous on whether the propertyless, slaves and women would have political say as well as legal equality.”

“In the end, it proved impossible to reconcile a church based on divinely ordained hierarchy… with a revolution based on popular sovereignty.”

“Ultimately, the social changes wrought by the revolution endured because they corresponded to some of the deepest grievances of the bourgeoisie and peasantry in 1789: popular sovereignty, civil equality, careers open to talent and the abolition of the seigneurial system. Whatever the popular resentments expressed towards conscription and the church, there was never a serious possibility of mass support for a return to the ancien regime.”

“No French adult alive in 1799 was in any doubt that they had lived through a revolutionary upheaval, willingly or resentfully, and that the society in which they lived was fundamentally different.”