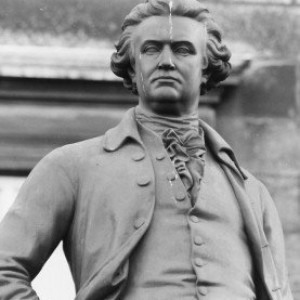 Books: Reflections on the Revolution in France (1790)

Edmund Burke was an Irish-born politician, philosopher and writer. He is best known for his 1790 book Reflections on the Revolution in France.

Burke was a contemporary critic of the revolution rather than a true historian, however, his work contains perspectives that have influenced and been embraced by some 20th-century historians.

Burke was a political conservative who, for the most part, condemned the events in France – but he was no revolution-hater. In the 1760s, Burke supported the American colonists in their struggle against British taxation policies, which he considered flawed.

As a political philosopher, Burke believed change must be gradual and managed cautiously; too much change in too short a time risked a descent into chaos and anarchy. This encapsulated Burke’s view of the French Revolution, which he considered to be dangerously leaderless, excessive in its aims and motivated more by self-interest than ideological progress.

Burke wrote Reflections on the Revolution in France before the radicalisation of 1792-93 and the start of the Terror, so his predictions about the revolution morphing into chaos and violence were vindicated. Today, most liberal and conservative accounts of the French Revolution echo at least some of the views of Edmund Burke.

“It is now 16 or 17 years since I saw the Queen of France at Versailles, and surely never lighted on this orb, which she hardly seemed to touch, a more delightful vision. I saw her just above the horizon, decorating and cheering the elevated sphere… Little did I dream that I should have lived to see such disasters fallen upon her in a nation of gallant men, in a nation of men of honour and of cavaliers. I thought ten thousand swords must have leaped from their scabbards to avenge even a look that threatened her with insult. But the age of chivalry is gone. That of sophisters, economists, and calculators has succeeded, and the glory of Europe is extinguished for ever.”

“Kings in one sense are undoubtedly the servants of the people, because their power has no other rational end than that of the general advantage. But it is not true that they are, by our constitution at least, anything like servants, the essence of whose situation is to obey the commands of some other.”

“France, by the perfidy of her leaders, has utterly disgraced the tone of lenient council in the cabinets of princes… She has sanctified the dark, suspicious maxims of tyrannous distrust; and taught kings to tremble at the delusive plausibilities of moral politicians.”

“People will not look forward to posterity, who never look backward to their ancestors.”

“I have read over the list of the persons and descriptions elected into the Third Estate [deputies to the Estates-General]. Nothing which they afterwards did could appear astonishing. Among them, indeed, I saw some of known rank, some of shining talents. But of any practical experience in the state, not one man was to be found. The best were only men of theory.”

“But what is liberty without wisdom, and without virtue? It is the greatest of all possible evils; for it is folly, vice, and madness, without tuition or restraint.”

“In the calling of the Estates-General of France, the first thing that struck me was a great departure from the ancient course. I found the representation for the third estate composed of 600 persons. They were equal in number to the representatives of both the other orders. If the orders were to act separately, the number would not, beyond the consideration of the expense, be of much moment. But when it became apparent that the three orders were to be melted down into one, the policy and necessary effect of this numerous representation became obvious. A very small desertion from either of the other two orders must throw the power of both into the hands of the third. In fact, the whole power of the state was soon resolved into that body.”

“Learning will be cast into the mire and trodden down under the hoofs of a swinish multitude.”

“I cannot conceive how any man can have brought himself to that pitch of presumption, to consider his country as nothing but carte blanche [a blank card] upon which he may scribble whatever he pleases.”

“When the leaders choose to make themselves bidders at an auction of popularity, their talents, in the construction of the state, will be of no service. They will become flatterers instead of legislators; the instruments, not the guides, of the people.”

“All circumstances taken together, the French revolution is the most astonishing that has hitherto happened in the world. The most wonderful things are brought about in many instances by means the most absurd and ridiculous; in the most ridiculous modes; and apparently, by the most contemptible instruments. Everything seems out of nature in this strange chaos of levity and ferocity, and of all sorts of crimes jumbled together with all sorts of follies.”

“A spirit of innovation is generally the result of a selfish temper and confined views. People will not look forward to posterity, who never look backward to their ancestors.”

“Our political system is placed in a just correspondence and symmetry with the order of the world, and with the mode of existence decreed to a permanent body composed of transitory parts… Thus, by preserving the method of nature in the conduct of the state, in what we improve we are never wholly new; in what we retain we are never wholly obsolete.”

This French Revolution site contains articles, sources and perspectives on events in France between 1781 and 1795. This site is created and maintained by Alpha History. It contains 230,541 words in 354 pages and was last updated on January 27th 2020. For more info, visit our FAQ page or Terms of Use.