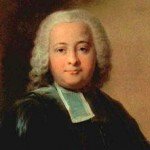 Guillaume Malesherbes (1721-1794) was a lawyer and politician, best known for providing defence counsel to Louis XVI in January 1793.

Born in Paris to an esteemed legal family, in 1750 Malesherbes followed in his father’s footsteps and entered the city’s parlement. In 1775, he was appointed briefly to the royal court of the newly crowned Louis XVI before going into retirement the following year.

Malesherbes’ reputation as a moderate reformer saw him recalled to the ministry in 1787 at the height of the fiscal crisis, however, his attempts to clear a path for the king’s reforms by reorganising the parlements were met with strong opposition and ultimately failed.

Malesherbes retired again, only to return to Paris in late 1792 to defend the king at his trial before the National Convention, a mission Malesherbes accepted voluntarily and without equivocation. Driven by professionalism rather than any loyalty to Louis XVI, Malesherbes delivered a rousing defence – but failed to save the king.

His impassioned defence of the king also left Malesherbes a marked man, stained by his connections with royalty. The radicals came for him a year later and he was guillotined in April 1794, shortly after the followers of Georges Danton.

Citation information
Title: “Guillaume Malesherbes”
Authors: John Rae, Steve Thompson
Publisher: Alpha History
URL: https://alphahistory.com/frenchrevolution/guillaume-malesherbes/
Date published: May 12, 2017
Date accessed: August 17, 2022
Copyright: The content on this page may not be republished without our express permission. For more information on usage, please refer to our Terms of Use.