Trygve Lie (1896-1968) was a Norwegian politician and diplomat who became the first Secretary-General of the United Nations, a position he held between 1946 and 1952. 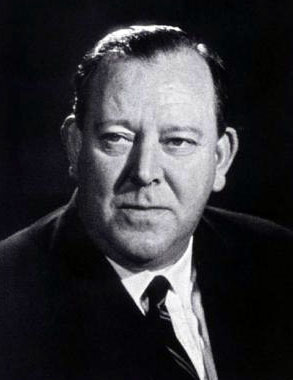 Lie was born in Oslo, his father a carpenter who later abandoned the family. The young Lie was raised in impoverished conditions by his single mother. A capable student, he completed a law degree at the University of Oslo, combining his studies with involvement in trade unions and the Norwegian Labour Party.

After graduation Lie worked with the union movement while writing for and editing a Labour Party journal. During this period he also visited Moscow and met Soviet leader Vladimir Lenin. After a stint in municipal politics, Lie entered the national scene in the mid-1930s. He served as justice minister (1935-39) and foreign minister in exile during the Nazi occupation of Norway (1941-45).

Lie came to attention as a diplomat after World War II. In late 1945, he represented Norway at the foundation conference for the United Nations, held in San Francisco, and was a significant contributor to the drafting of the UN Charter.

In February 1946, Lie was elected as the UN’s first Secretary-General. Lie saw the UN as a proactive, interventionist council, tasked with resolving international disputes and crises. In his first year of office, Lie was confronted with growing tensions, chiefly over occupied Germany and eastern Europe. His attempts to reconcile and foster cooperation between the Soviet and Western blocs were praised by many but ultimately failed. Lie also supported the foundation of Israel and urged the recognition of Mao Zedong’s communist government in China.

Lie came under attack from both sides. The US, then in the grip of McCarthyism, considered him too indecisive and soft on communist aggression. The Soviets, in contrast, lost confidence in Lie after he supported UN military intervention in Korea. In 1950, Lie’s term as Secretary-General was extended but Moscow refused to deal with him further. This impasse led to his resignation in 1952.

After leaving the UN, Lie returned to Norway and Norwegian politics, serving as industry and trade minister. He died in December 1968, aged 72. Many historians consider Trygve Lie as one of UN’s least successful Secretaries-General, while some argue that he served in the most difficult of times, laying foundations for UN leaders who followed.