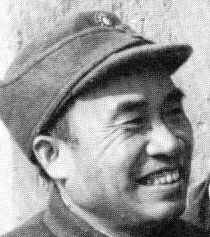 Zhu De’s conversion to communism was full of twists and in some respects mirrored the development of China itself. His father was a wealthy landlord who had benefited from Qing rule – but the young Zhu came to support Sun Yixian and the republican Xinhai Revolution of 1911.

The rise of Yuan Shikai forced Zhu into exile and a growing addiction to opium saw him tumble into a life of warlordism and banditry. An intelligent and well-read man, Zhu shook off his drug habit in about 1920 and travelled to Germany to study. It was there he first met Zhou Enlai.

Though barred from the CCP initially because of his warlord background, Zhu De was eventually admitted to the party and sent for military training in Soviet Russia. He returned to China in the mid-1920s and led an 8,000-strong army attached to Guomindang forces – but the Shanghai Massacre of 1927 prompted Zhu’s involvement in the short-lived Nanchang Uprising in August of that year.

Now on the run from the Guomindang, Zhu and his small army sought refuge in Jiangxi in April 1928. There he met Mao Zedong and the two merged their armies; they became so closely aligned that their forces were often dubbed the ‘Mao-Zhu’ or ‘Zhu-Mao’ army.

The CCP’s Central Committee put Zhu in charge of the Red Army in 1931. He would go on to become a key figure in the Long March and the military struggles between 1937 and 1949.

After the communist victory in 1949 Zhu was appointed the commander-in-chief of the People’s Liberation Army. In 1959, he supported his friend Peng Dehuai at the Lushan Conference, a move that cost Zhu some standing with Mao.

Zhu was dismissed from the Politburo during the Cultural Revolution, though he retained his military rank and position. He died in 1976, the same year as Mao and Zhou Enlai.