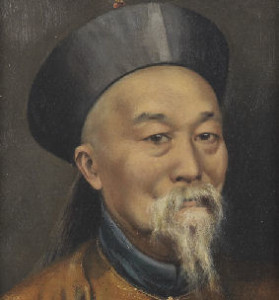 Li was born in Anhui and at a young age passed the highest level of the imperial examinations. He served the Tongzhi Emperor as viceroy and provided military backing for the installation of the Guangxu Emperor.

Li was interested in and supportive of modernisation and the Self Strengthening movement, overseeing several military reforms and improvements in the 1880s. In the late 1890s, he became China’s representative on the world stage, visiting Japan, Europe and the United States.

Because of his high profile, Li was frequently demonised in the Western press during and after the Boxer Rebellion, though Li himself had given no support to the Boxer rebels. Li led negotiations for the costly Boxer Protocols in September 1901 but died just a few weeks after they were signed.

Both the nationalists and communists later condemned Li Hongzhang as an agent of Qing conservatism and repression, though this was only partly true.