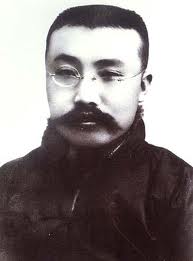 Li was born into a peasant family in north-eastern China but received a good education, travelling to Japan for further study. He returned to China in 1917 and took up a position at Beijing University, where he taught Mao Zedong and was involved both in the New Culture Movement and the May Fourth Movement.

Li’s political views were initially moderate. In early 1919, he was hopeful that Woodrow Wilson’s Fourteen Points would secure independence and republican government for China.

When these hopes were dashed by the Treaty of Versailles, Li quickly gravitated towards communism. He recruited members for socialist youth groups, produced literature and, with Chen Duxiu, organised the formative meeting of the CCP in July 1921.

Three years later, at the height of the First United Front, Li was accepted into the hierarchy of the Guomindang. After the Shanghai Massacre of 1927, however, Li became a wanted man.

In late April 1927, Li Dazhao was arrested during a raid on the Soviet Russian embassy in Beijing. He was given a show trial by the Nationalists and executed shortly after.