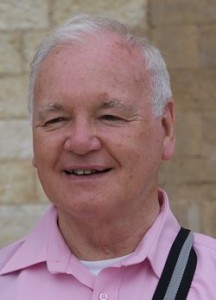 Michael Lynch is an honorary fellow in the School of Historical Studies at the University of Leicester. He is a prolific writer for the school market; thousands of students will have encountered his detailed but accessible textbooks.

Lynch’s areas of interest and expertise include Nazi Germany, Mao’s China and Stalinist Russia. His biography of Mao is engaging, suitable for students and utilises the plethora of primary and secondary sources available to historians.

Lynch is essentially liberal in his outlook, however, like Fairbank and Fenby, he shows an understanding of China’s unique social and political development.

Lynch considers the hero worship of Mao as “extreme” but acknowledges it is not “wholly irrational” that he was seen as the liberator of China. According to Lynch, by the time Mao died China was a nuclear superpower, had led a “momentous social and political revolution” and had become the “model for the struggle against colonialism”.

He sees Mao’s peasant movement, which “carried” Mao and the Communist Party to victory in 1949, as “an extraordinary achievement” – but he also acknowledges the fanaticism, rampages and violence of the era, calling the Cultural Revolution “an act of madness”.

“By the end of the nineteenth century, China was a nation in ferment… The Chinese were treated as strangers in their own land.”

“Japan entered the 20th century recognised internationally as a united and thriving nation. China, in contrast, remained ill led, fragmented, economically weak and at the mercy of occupiers.”

“The Qing, led nominally by Guangxu, though in reality dominated by the reactionary Dowager Empress Cixi, were not genuine reformers.”

“The Boxer movement can now be seen as a product of religious fervour, national bitterness, and starvation.”

“But the alterations [of the late Qing reforms] did not bring the political credit Cixi had hoped for. They were seen by opponents as concessions reluctantly wrung from a government that had no real intention of relaxing its authority.”

“The uncompromising character of Sun’s [Yixian] anti-Qing stance appealed to those nationalists who had become convinced that China could not advance until the imperial system was overthrown.”

“It [the 1911 Revolution] was as if a rebellion had been waiting to happen… The Double Tenth was another round in the perennial contest between the central authority and local autonomy.”

“Their [early Republican leaders] lack of understanding of practical politics on a national scale was a major handicap. This explains why Yuan [Shikai] was able to outflank the Nationalists at all key moments.”

“Yuan had over-reached himself [with his restoration of the monarchy]… While Yuan Shikai did not have the answer to China’s problems, he had provided some degree of cohesion. With his passing, Republican China slid rapidly towards the fragmentation and misery of the warlord period.”

“The common Chinese experience of warlord rule was one of oppression and terror… Civil Society had collapsed. Misrule accompanied by violence became the norm.”

“The hope that the 1911 revolution would lead to the introduction of representative government in China proved illusory.”

“In league with the foreign oppressors of China, Jiang Jieshi had become an arch counter-revolutionary [according to Mao].”

“The ending of the war against Japan came too soon for Jiang Jieshi … The prize Jiang most cherished – the defeat of Mao and Communism – still eluded him.”

“The waters of bitterness had flown too long for there to be any real hope of reconciliation between the Communists and the Nationalists in China. As events had shown, when Mao and Chiang entered into negotiation [in 1945] it was out of expediency rather than an honest desire for compromise.”

“It was not that Chiang was personally corrupt … but he presided over corruption. Nationalist China under him was a Shanghai gangster world writ large. The hallmarks were graft and racketeering, leavened by terror and assassination.”

“Mao unashamedly condoned the use of terror. For him, violence was never arbitrary. Cruelty served a revolutionary purpose … The genuine sympathy that inspired and infused his reports on the peasantry somehow became stifled when he suspected that those same peasants were betraying the revolutionary cause.”

“He [Mao] honoured Marx and Lenin as great pioneers of Communist ideology, but he insisted that the Chinese revolution had to be understood in its Chinese setting.”

“However Mao’s authoritarianism is judged, it is difficult to see how the Chinese Communists, continually hunted as they were for twenty years after 1927, could have survived, let alone triumphed, except by adhering to a strong central command.”

“By 1945 his [Mao’s] authority was supreme… Chinese communism became Maoism… Once he became the undisputed leader of the CCP, he was regarded by members not simply as a political figure but as the embodiment of revolutionary truth.”

“It is doubtful that he [Mao] was genuinely surprised by the reaction he had provoked [with the Hundred Flowers campaign]. Certainly, the speed with which he then acted suggests he was prepared for what had happened… It was transformed into another deadly rectification campaign, an assault on those who dared to say the unsayable … What had begun as a call for free expression had ended as a programme of thought control.”

“[The Great Leap Forward] was both magnificent and absurd… Its absurdity lay in its divergence from economic reality… it did have its highly visible successes; impressive buildings and structures… it was all too haphazard…The economic falsifications and imposed political correctness that characterised Mao’s transformation of the PRC were about to reap a deadly reward – the worst famine in China’s history.”

“It was Mao Zedong who was ultimately responsible for the tragedy that beset his people … he created the policies and gave the orders.”

“By leaving Jiang and the extremists in control [during the Cultural Revolution] he [Mao] gave his authority for what they did to the Chinese people… People were brutalised. The ordinary decencies disappeared. Torture and execution became spectacular events. Killing ran into millions… The truth remains that the Cultural Revolution was a product of his [Mao’s] rational decisions.”

Citation information
Title: “Historian: Michael Lynch”
Authors: Glenn Kucha, Jennifer Llewellyn
Publisher: Alpha History
URL: https://alphahistory.com/chineserevolution/historian-michael-lynch/
Date published: February 20, 2016
Date accessed: May 17, 2022
Copyright: The content on this page may not be republished without our express permission. For more information on usage, please refer to our Terms of Use.