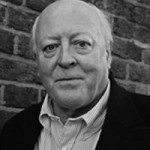 Jonathan Fenby is a prolific writer on historical events and periods, chiefly on imperial, nationalist and modern China. Born and raised in London, Fenby studied philosophy, politics and economics at Oxford. After graduation he trained as a journalist then worked extensively as a foreign correspondent and later as editor of the South China Morning Post, The Observer and Reuters World Service. He lived in Hong Kong between 1995 and 2000 and has written and lectured extensively on China. He is currently managing director of the China team at Trusted Sources, a marketing and consultancy firm based in London. Fenby is particularly interested in China’s development after the repression and horrors of the Great Leap Forward and the Cultural Revolution, into the economic powerhouse we see today. His books, articles and lectures are informed by rigorous research and a strong grasp of the past. Historiographically, Fenby neither advances new theories or unveils new information; his work is a synthesis of existing primary and secondary sources. Fenby believes that modern China while progressing and modernising rapidly, is nevertheless defined and sometimes constrained by its past. Chinese government and society in the 20th and 21st century is marked by contradictions, a word Fenby uses often.

“Guangxu [Emperor] was fragile both physically and mentally, subject to mood swings and temper fits… The real driver of reform [in 1898] was… the emperor [Guangxu] himself… The trouble was that he had neither the strength nor the administrative apparatus to make reform stick, made some bad political mistakes, and had to cope with the lurking presence of Cixi at the Summer Palace… Still, this unique episode in Qing history marked the start of a long-term search for change.”

“The Boxers presented the court with a major problem. They were an obvious threat to authority and order… a sign of the bankruptcy of the regime that also believed in its invulnerability.”

“The Qing were losing a power game [after the Boxer Rebellion and Protocol] they had failed to fathom, and the country was coming to realise this. It was time to attempt reform.”

“Cixi left a country in which the central state and the main motive forces in society were on a collision course… She made a terrible miscalculation in siding with the Boxers, and the policy of appeasing the gentry while refusing them real power was bound to end in disaster, fuelled by the spread of anti-Manchu feeling.”

“It [the 1911 revolution] came by accident but set off a movement waiting to happen across the country that would lead to the extinction of the empire… it was a ragged affair that caught fire province by province… The revolutionaries were united only by their rejection of the dynasty… but the empire was over, brought down in the end by the fatal combination of its own mistakes and the incompatibility of its system and the nation’s evolution.”

“The new regime had a particular problem in dealing with women, who had backed the revolutionary movement … But, despite soft words from Sun [Yixian] the constitution made no mention of gender equality.”

“If the revolution had been meant to assert China’s national rights, the new regime had within 18 months, acceded to foreign control never suffered under the Qing.”

“[The May Fourth Movement] encapsulated the frustrations and ambitions of young intellectuals who despaired of the state of the country.”

“Sun [Yixian] was careful not to let himself be led along the Bolshevik ideological path… [He] was the figurehead round which the regime gravitated.”

“In all between 5,000 and 10,000 people may have died [during the Shanghai Massacre]. It began a violent power struggle between the left [the Communists] and the right [The Nationalists] that would take millions of lives in 22 years of national dislocation.”

“In reality, the [Nationalist] government was a lot weaker than it appeared… For the warlords… Jiang was one of their number, rather than the sole ruler of China… Jiang’s military and political victory did not bring China a lengthy period of calm to implement the reforms it needed [but] corruption remained a constant and corrosive element.”

“When Japan surrendered on August 18th [1945] the China run by the KMT [the Nationalists] was devastated by war, plagued by inflation, social ills, and the loss of manpower and industry… Hyperinflation undermined everyday life and ruined tens of millions… Corruption was endemic… the black market thrived … Aid supplies were hijacked and sold… Repression tightened.”

“[Mao’s mass line] pretended that policy was determined by the wishes and interests of the masses as interpreted by the leadership.”

“[The Long March] acquired a mythical status and became the central element in the Chinese Communist story… the fact that it was led by a man who would turn out to be as monstrous a killer as Mao does not in any way invalidate that achievement by the marchers. So it retains a legitimate position in the iconography of China and as a testament to human endurance, whatever the motives of those in charge.”

“Newcomers to the base were found to be 70 per cent unreliable. Forty thousand Party members were expelled amid a wave of suicides induced by the witch hunt [of rectification].”

“During these wartime years, Mao made sure he had a party which would manage the grassroots revolution to accompany the military victory he always saw as fundamental to gaining control of China… Mao was building a twin-headed machine that would take advantage of domestic foes’ weaknesses to the full and be in good shape to impose itself on China as nobody had since the heights of the Qing Empire.”