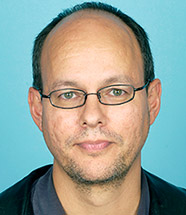 Frank Dikötter is the Chair Professor of Humanities at the University of Hong Kong. He has also spent two years studying and researching in the People’s Republic of China.

Dikötter’s trilogy, of which Mao’s Great Famine is the first instalment, focuses on the impact of communism on ordinary Chinese period during the Maoist era. He explores and references new archival material to reveal the full horror of the Great Leap Forward, challenging the suggestion that mass atrocity was not a hallmark of this event.

Dikötter reveals his perspective in the first sentence of his preface to Mao’s Great Famine: “Between 1958 and 1962, China descended into hell”. He identifies Mao as the “key architect” of the Great Leap Forward and asserts that Mao bears the “main responsibility for the catastrophe that followed”.

Dikötter’s three chapters on children, women and the elderly – poignantly titled ‘The Vulnerable’ – are particularly harrowing.

The second arm of Dikötter’s trilogy, The Tragedy of Liberation: A History of the Chinese Revolution 1945-1957, focuses on the post-revolutionary period, Mao’s rise to supreme power and his vision for the future of China.

Dikötter’s third book, due for publication in 2016, will explore the horror, cruelty and hysteria of the Cultural Revolution.

“Coercion, terror, and systematic violence were the foundation of the Great Leap Forward.”

“Those who failed to show enough enthusiasm [for making steel] were verbally abused, pushed around or even tied up and paraded.”

“Mao was aware of the famine [1958-62] but downplayed it by circulating reports that villagers … were getting enough food, up to half a kilo a day in model province Henan.”

“By 1960, the situation in the countryside had become so desperate that the farmers ate the cotton seeds.”

“Under the cloak of collectivisation, backed up by the naked power of the militia, party officials proceeded to strip people of every conceivable possession.”

“Reprisals were also taken against children as a form of collective punishment.”

“Children fought with each other for food.”

“Rape spread like contagion through a distressed moral landscape.”

“Abuse was rife. Some of the elderly were beaten, even those with only a few meagre possessions were robbed, and others were put on a slow starvation diet.”

“Terror and violence were the foundations of the regime … Violence became a routine tool of control.”

“Humiliation was the trusted companion of pain.”

“Human flesh, like everything else, was traded on the black market.”

Citation information
Title: “Historian: Frank Dikötter”
Authors: Glenn Kucha, Jennifer Llewellyn
Publisher: Alpha History
URL: https://alphahistory.com/chineserevolution/historian-frank-dikotter/
Date published: March 11, 2016
Date accessed: May 21, 2022
Copyright: The content on this page may not be republished without our express permission. For more information on usage, please refer to our Terms of Use.