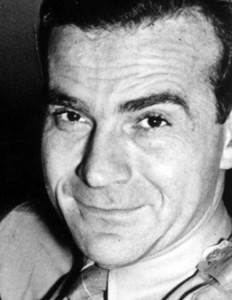 Born in Missouri, Snow studied journalism before moving to New York, working in advertising and playing the stock market. In the late 1920s, he embarked on a world tour and ended up in Shanghai where he obtained work for a local English language newspaper.

Snow remained in China for more than a decade, working as an academic, a journalist and a foreign correspondent for the American press. In 1936 Snow ventured into northern China to report on Japanese interference. He was invited into communist-held Yan’an and spent four months there, interviewing party leaders and observing the activities inside the soviet.

Having previously seen the misery of Chinese peasants and industrial workers, Snow was impressed by the zeal and determination of young Communist Party cadres in Yan’an. Snow’s reports from the region were groundbreaking: he was the first Westerner to interview Mao Zedong and his bulletins provided the Western world with its first information about the growing communist movement.

In 1937, Snow published Red Star Over China, an account of the Long March and the ensuing months in Yan’an. While his texts were certainly sympathetic to Mao and the Communist Party, Snow was more humanist than communist. He was impressed by the optimism, progress and unity he saw in Yan’an.

Snow was supplied with propaganda and selective information by Mao and his cohort. As a consequence, Snow acquired only a superficial understanding of the Communist Party and its internal politics.

Red Star Over China paints Mao and his party as the logical rulers of China. Snow is critical of Jiang Jieshi and the Guomindang, considering them too weak to protect China from the Japanese and too close to the old order to achieve reform.

“Communism is no longer – if it has ever been – merely the hallucination of alarmists in China.”

“Once Japan was defeated, would Jiang Jieshi then destroy the Communists and their partisan allies? The Guomindang spent ten fruitless years in the attempt before 1937. Even with the use of American bombers and fighters on his side, the Generalissimo was not likely to secure greater success than the Japanese had had against these experienced guerrilla warriors. It had become a physical impossibility for the Chongqing Government to destroy this opposition in anything short of a long and bloody way…”

“I found Mao living in a ‘modern’ three-room cave in the hills just outside Yan’an. I noticed again the unusual repose of the man; nothing seems to ruffle him. He is gradually acquiring a kind of benignity. He is pronouncedly less tense than Chiang Kai-shek.”

“Remember that real revolution in China, just as anywhere in the world, is tried only when every other means of resolving intolerable situations has been exhausted… You would not, if you came here, see much resemblance between the Red Army and an American election… But when you have been here as long as I have you see that this revolution is merely an expression of a historic need of the masses, too long suppressed, too long denied, and now volcanic and catastrophic in its manifestations. It is the people’s ‘thumbs down’ on the rulers of the realm.”

“Suddenly, on the southern shore, comrades began to shout with joy. ‘Long live the Red Army! Long live the Revolution!’ For the enemy was withdrawing in flight. More Reds now swarmed over the chains and arrived to help put out the fire and replace the boards. In an hour or two, the whole army was joyously tramping and singing its way across the river into Szechuan. Far overhead angrily and impotently roared the planes of Chiang Kai-shek, and the Reds cried out in delirious challenge to them.”

“By the summer of 1944, it had become manifest that the tiny band of youths who raised the Red flag on the lonely mountain of Jinggangshan, far back in 1928, had launched a demonstration which evolved into a crusade. [This] finally rose to the stature of a national movement of such scope that no arbiters of China’s destiny could much longer deny its claims to speak for vast multitudes of people…”

“The truth is that if I have written anything useful about China it has been merely because I listened to what I thought I heard the Chinese people saying about themselves. I wrote it down, as honestly and as frankly as I could.”