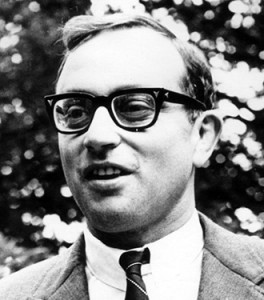 Allard Lowenstein (1929-1980) was an American academic and Democratic politician who orchestrated the downfall of president Lyndon Johnson in 1968.

From a Jewish family in New Jersey, Lowenstein studied in North Carolina then graduated with a law degree from Yale. During the 1950s, he worked as a college professor and a political advisor to Democratic Senator Hubert Humphrey.

Lowenstein combined these duties with political activism for liberal causes. In late 1959, he visited Africa and compiled evidence against the policies of the Nationalist government in South Africa. His subsequent book, Brutal Mandate, helped draw world attention to the sufferings under apartheid.

During the 1960s, Lowenstein was involved in the Civil Rights movement, encouraging students at Yale and Stanford to visit Mississippi during the ‘Freedom Summer’ of 1964.

Lowenstein was also strongly opposed to the Vietnam War. He considered Vietnam a generational problem, a war started and perpetuated by men like Lyndon Johnson. With this in mind, Lowenstein and his supporters in the Democratic party’s anti-war faction initiated the ‘Dump Johnson’ movement.

Seeking to recruit an anti-war figure to win the party’s 1968 nomination, Lowenstein approached Robert F. Kennedy and George McGovern, who both refused, before recruiting Eugene McCarthy.

Few gave McCarthy much chance of stealing the nomination from Johnson, however, Johnson’s narrow victory in the New Hampshire primary (49 to 42 per cent) exposed the divisions and instability within the Democratic party. When Kennedy also entered the race, Johnson withdrew, telling the American people that he would not be seeking reelection.

Buoyed by his success in unseating Johnson, Lowenstein himself ran for the US House of Representatives. He was elected in November 1968 but lost his seat two years later, the victim of a Republican gerrymander.

During the early 1970s, Lowenstein continued his activism against the Vietnam War, chairing the progressive-liberal group Americans for Democratic Action (ADA) and organising a ‘Dump Nixon’ campaign. He later served as an American delegate to the United Nations.

In March 1980 Lowenstein was killed in New York by a lone gunman, Dennis Sweeney, a former student with mental health problems.