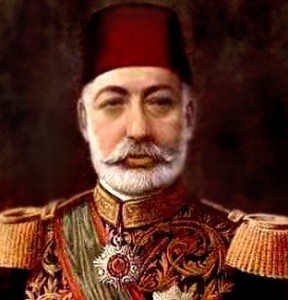 Like the Ottoman sultans before him, Mehmed was given a peculiar upbringing of seclusion, isolation and self-study. Contemporary reports suggest that he was well educated, thoughtful and mild-mannered, though perhaps indecisive.

Mehmed was crowned in 1909, not long after the Young Turk revolution that radically reduced the power of the sultanate. For the duration of his reign, Mehmed was little more than a figurehead, a puppet of the Young Turks who had seized political control five years before.

During this period, the Ottoman Empire’s significant policies were decided by a trio of politicians led by war minister Enver Pasha. The Sultan was obliged to endorse them, even if he did not agree.

In November 1914, Mehmed signed the Ottoman Empire’s declaration of war, the wording of which called on Muslims living in Allied countries to rise up against their colonial masters.

Privately, however, Mehmed believed Ottoman involvement in the war was a mistake that jeopardised the already fragile empire. History proved him correct and within months of his death, Ottoman territory was being occupied and redistributed.