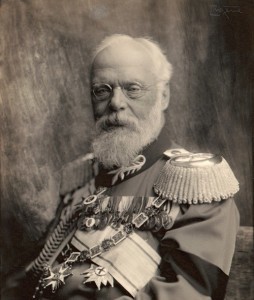 A scion of the Wittelsbach dynasty, Ludwig was born in Munich, given a liberal education and saw military service in the Austro-Prussian War.

Throughout his life, Ludwig showed great interested in economic, agricultural and technological progress – but as a devout Catholic, an elitist and a stubborn conservative, he was opposed to social and political change.

Ludwig ascended the throne in 1913, displacing his insane cousin, Otto, with the support of the Bavarian parliament.

At this time, Bavaria was, after Prussia, the second largest kingdom of the German Empire but it had significant autonomy. Its military, for example, was controlled by Munich rather than Berlin.

When war broke out in July-August 1914, Ludwig pledged his support for the kaiser and committed Bavaria’s three armies to the war effort. The war took its toll on Bavaria, however, and by 1917 the popularity of the king, viewed by many as a Prussian puppet, had plummeted.

When the German Revolution reached Bavaria in the final days of the war, Ludwig fled to Austria. It was there he later signed documents relinquishing political power. He died in exile in 1921.

Title: “Ludwig III (Bavaria)”
Authors: Jennifer Llewellyn, Steve Thompson
Publisher: Alpha History
URL: https://alphahistory.com/worldwar1/ludwig-iii-bavaria/
Date published: July 7, 2017
Date accessed: July 07, 2022
Copyright: The content on this page may not be republished without our express permission. For more information on usage, please refer to our Terms of Use.