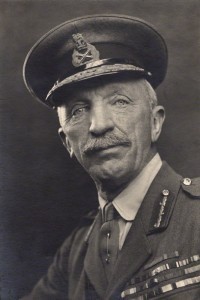 Wilson was of Irish birth but was a loyal Briton who refused to support Irish independence or republicanism.

Like many British officers, Wilson had risen through the ranks during service in the colonies. He saw combat as a major during the second Boer War, before returning to England and working in both officer training and military operations.

By the outbreak of World War I, Wilson had reached the rank of major-general. In 1914, he was deployed to the continent as a liaison with the French, a role Wilson performed well, in part because of his ability to speak their language. Wilson also held corps command positions along the Western Front, though not at any major battles.

Wilson was later appointed Chief of the Imperial General Staff, a position he held until 1922. He was assassinated by Irish republican terrorists later that same year.

Title: “Henry Wilson (Britain)”
Authors: Jennifer Llewellyn, Steve Thompson
Publisher: Alpha History
URL: https://alphahistory.com/worldwar1/henry-wilson-britain/
Date published: July 22, 2017
Date accessed: September 19, 2021
Copyright: The content on this page may not be republished without our express permission. For more information on usage, please refer to our Terms of Use.