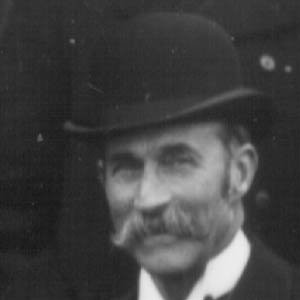 Henry Petty-Fitzmaurice or the Marquess of Lansdowne (1845-1927) was an Anglo-Irish peer, British politician and former governor-general of Canada.

Born in London, Petty-Fitzmaurice became the Marquess of Lansdowne at age 21, following the death of his father. He became a career politician, holding several significant cabinet positions, before accepting vice-regal appointments in Canada and India.

In November 1916, Lansdowne drafted a letter to the cabinet calling for peace negotiations with Germany and a return to the status quo before the war. “We are not going to lose this war”, Lansdowne wrote, “but its prolongation will spell ruin for the civilised world, and an infinite addition to the load of human suffering which already weighs upon it. Security will be invaluable… but what will be the value of the blessings of peace to nations so exhausted that they can scarcely stretch out a hand with which to grasp them?”

The letter was rejected by the cabinet and Lansdowne tried getting it published in the press, without luck. It was eventually published in the Daily Telegraph in late 1917 and unleashed a flood of reaction, almost all of it dismissive or hostile to Lansdowne. Some went as far as accusing Lansdowne of being a German spy or at least having German sympathies.

Title: “Henry Petty-Fitzmaurice (Britain)”
Authors: Jennifer Llewellyn, Steve Thompson
Publisher: Alpha History
URL: https://alphahistory.com/worldwar1/henry-petty-fitzmaurice-britain/
Date published: July 27, 2017
Date accessed: October 31, 2020
Copyright: The content on this page may not be republished without our express permission. For more information on usage, please refer to our Terms of Use.

This World War I website is created and maintained by Alpha History. It contains 131,447 words in 229 pages. This site was updated last on August 19th 2020. For more information, visit Alpha History or our Terms of Use.