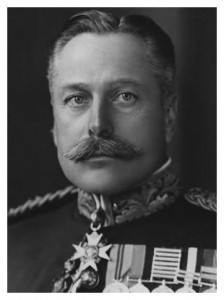 Field Marshal Sir Douglas Haig (1861-1928) was a British Army officer who served as commander of British forces on the Western Front during World War I. Ridiculed and parodied in film and television, Haig is often portrayed as elitist and incompetent, though neither was true.

Born into an affluent family, Haig had from a young age set his sights on a military career. He saw service in Sudan, the Boer War and a colonial regiment in India before returning to England in 1911.

Haig was viewed as a specialist in military training, discipline and battlefield strategies. He also served briefly as aide-de-camp to King George V.

By the outbreak of World War I, Douglas Haig was a lieutenant-general. He was given command of forces at Mons and Ypres where he acquitted himself well. At the end of 1915, Haig was given command of the entire British Expeditionary Force and ordered to begin planning a major offensive at the Somme River in the summer of 1916.

It is the Battle of the Somme for which Haig is best known, particularly its disastrous opening day. Despite meticulous planning and preparation, supported by one of the longest and most ferocious artillery barrages of the war, almost 20,000 British soldiers were killed, making it the worst single day in British military history.

Haig’s tactics at the Somme, Passchendaele and Amiens were ultimately successful, though they came at an enormous human cost. Some figures, such as prime minister David Lloyd George, condemned Haig for persisting with infantry advances on strongly held German positions – a criticism echoed by many historians.

Others more sympathetic to Haig suggest he was placed under extreme pressure by French losses at Verdun, denying him any effective French support in 1916.

Whatever the reality, Haig was feted by the British government after the war, given a £100,000 pension and elevated to the peerage.

Title: “Douglas Haig (Britain)”
Authors: Jennifer Llewellyn, Steve Thompson
Publisher: Alpha History
URL: https://alphahistory.com/worldwar1/douglas-haig-britain/
Date published: July 30, 2017
Date accessed: July 07, 2022
Copyright: The content on this page may not be republished without our express permission. For more information on usage, please refer to our Terms of Use.