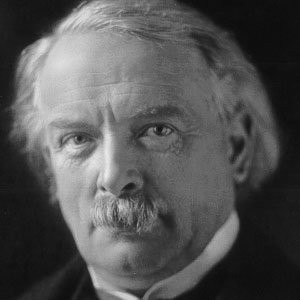 David Lloyd George (1863-1945) was a Welsh-British politician who occupied several important positions during the war, including chancellor of the exchequer, secretary of state for war and (from late 1916) prime minister.

The son of a Welsh-speaking teacher, Lloyd George was born in Manchester and raised in Wales. He trained as a lawyer, qualifying in 1884, and became involved in politics, joining the Liberal Party.

Lloyd George won a seat in the British parliament in 1890 and quickly excelled as a skilled politician and a passionate public speaker. He became chancellor of the exchequer in 1908 and unfurled a range of progressive reforms, including welfare improvements funded by increased land and wealth taxes.

Initially opposed to British involvement in a European war, Lloyd George backed intervention after the German invasion of Belgium. In May 1915, he was appointed as minister for munitions following the Shell Crisis and oversaw significant improvements in weapons production.

Frustrated with Asquith’s lack of wartime leadership, Lloyd George played a part in his removal in December 1916. Becoming prime minister himself, Lloyd George established a five-man ‘war cabinet’ and in November 1917, a multinational Supreme War Council to coordinate Allied strategy.

Lloyd George’s war leadership was much more visible and decisive than Asquith’s but it was not without its turmoil. He clashed with his generals over military strategy, preferring to isolate and ‘starve’ Germany by attacking her allies and adopting a defensive war of attrition on the Western Front.

After the war, Lloyd George was one of the ‘big three’ leaders who dominated the Paris peace talks. Historians consider him the moderate negotiator, caught between Woodrow Wilson’s idealism and Georges Clemenceau’s determination to crush Germany forever.