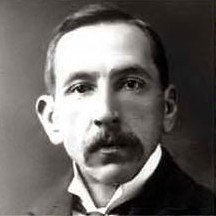 Hughes was born to a working-class Welsh family in England and emigrated to Australia in 1884. There he worked a series of humble jobs before becoming a union leader, a lawyer and then a member of Australia’s first Federal parliament.

Hughes served three terms as the nation’s attorney general. According to his contemporaries, he was an effective politician but also difficult to work with and prone to stubbornness.

Hughes became prime minister after the October 1915 resignation of Andrew Fisher. A strong advocate for the war effort, Hughes campaigned for an increased Australian and colonial commitment to the fighting in Europe.

Hughes visited England in 1916 and sat in on cabinet and war committee meetings. His agitated speeches demanding stronger action proved popular with the English people, who were tiring of their dithering prime minister Asquith.

Returning home in July 1916, Hughes sought to replace falling enlistment figures by introducing compulsory military service – but his calls for the conscription of Australian men into the armed forces were met with considerable opposition, not least from the ranks of his own party.

In 1916 and 1917, Hughes initiated plebiscites (general votes) to obtain a public endorsement of conscription. The issue divided Australia and both plebiscites were defeated.

Billy Hughes later played an important role at the Paris peace conferences. He remained prime minister until 1923 and held a seat in Australia’s parliament until his death, aged 90.

Title: “Billy Hughes (Australia)”
Authors: Jennifer Llewellyn, Steve Thompson
Publisher: Alpha History
URL: https://alphahistory.com/worldwar1/billy-hughes-australia/
Date published: July 11, 2017
Date accessed: July 07, 2022
Copyright: The content on this page may not be republished without our express permission. For more information on usage, please refer to our Terms of Use.