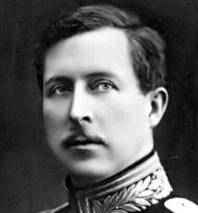 Reports from his contemporaries suggest that Albert was an intelligent, curious and popular royal. He was deeply patriotic, devoted to his Catholicism and showed a strong interest in the welfare of others, particularly his countrymen.

In August 1914, the King, acting on advice from the British government, refused a German request to move troops and equipment across Belgian territory. When the German army invaded Belgium, Albert took personal command of the nation’s armed forces; he also addressed the Belgian parliament and called for “stubborn resistance”.

Albert was personally involved in resisting the German advance, commanding forces in Antwerp and the Yser River. Albert’s wife also worked as a nurse, while his 14-year-old son (the future Leopold III) saw brief service as an infantry private.

Albert was under considerable pressure to formally join the Allies. He refused, preferring to keep Belgian forces entirely under his command; he also wanted the option of negotiating a separate peace with Germany, should the need arise.

The Belgian king was hailed as a war hero by his own people, whose interests he had protected stoically. He was later killed while mountain-climbing in western Belgium.

Title: “Albert I (Belgium)”
Authors: Jennifer Llewellyn, Steve Thompson
Publisher: Alpha History
URL: https://alphahistory.com/worldwar1/albert-i-belgium/
Date published: July 4, 2017
Date accessed: July 07, 2022
Copyright: The content on this page may not be republished without our express permission. For more information on usage, please refer to our Terms of Use.