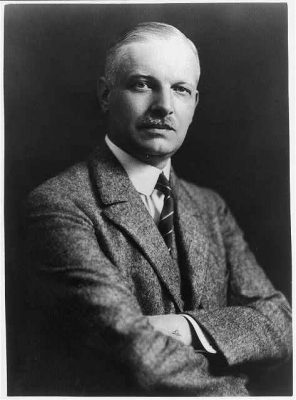 Wilhelm Cuno (1876-1933) was a Weimar era business leader turned politician who served as the chancellor of Germany from November 1922 until August 1923.

Born in Suhl, Thuringia, Cuno trained as a lawyer. After proving himself a skilful businessman, he was employed by the German government in 1907.

During World War I, he worked as a food administrator and treasury advisor. He later provided economic advice to German delegates during post-war negotiations.

In 1922, Friedrich Ebert invited Cuno – who was not a sitting Reichstag member and had no party affiliation – to become chancellor and form a government. This time he accepted the offer.

In December 1922, Cuno and members of his government tried to negotiate a lower reparations figure in order to stabilise the German currency. Their proposals were blocked by the Allies at the behest of France.

French troops also occupied the Ruhr shortly after Cuno took office. The response of his government was one of passive resistance: supporting striking workers while maintaining their salaries through increased print runs of banknotes. For this reason, many historians consider Cuno the architect of the hyperinflation disaster of 1923.

Cuno’s government fell in August 1923 and he returned to working in the private sector. Three years later, he was returned to the chairmanship of the Hamburg-American Line.

Wilhelm Cuno died near Hamburg in January 1933, four weeks before the appointment of Adolf Hitler as German chancellor.