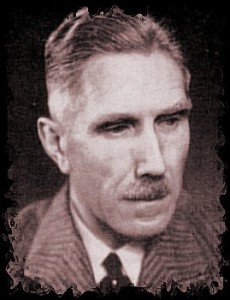 Franz von Papen (1879-1969) was a German military officer, World War I spy and politician. He served as German chancellor briefly in 1932 but is best remembered for his role in bringing Adolf Hitler to power.

Papen was born into an affluent Catholic family in Werl, Westphalia. He joined the German army.

Papen later served as a military attache in Mexico and the United States. In 1916, Papen was expelled from the US for his involvement in espionage. He returned to Europe and saw action on the Western Front and in the Middle East.

After the war, Papen entered politics by joining the Catholic Centre Party. Between 1921 and 1932 he occupied a seat in the Prussian Landtag.

Papen quickly became the de facto leader of the Centre Party’s conservative right-wing which called for the restoration of the monarchy and refused to form coalitions with liberals or socialists.

Paul von Hindenburg named Papen chancellor in May 1932. His appointment was largely at the urging of Kurt von Schleicher, an old military colleague of both Hindenburg and Papen.

Papen’s chancellorship achieved little and was widely criticised. His cabinet was dominated by aristocrats and conservatives, while he enjoyed very little support in the Reichstag so had to rule by presidential decree.

As chancellor, Papen made decisions that empowered or attempted to empower the National Socialists (NSDAP). This included the calling of national elections in July 1932, the removal of a ban on the Sturmabteilung and measures that marginalised the Social Democratic Party (SDP).

Papen attempted to win Hitler’s support by offering him the vice-chancellorship but the Nazi leader refused. Many viewed Hitler as a better option than Papen. The Nazi leader was seen as less aristocratic and elitist, had broader public support and a near-majority in the Reichstag.

In December 1932, Papen was forced to resign after Hindenburg grew weary of his attempts to cling to power. He was replaced by Schleicher, who had now become Papen’s political rival.

Seeking to undermine Schleicher and to engineer his own return to power. Papen aligned himself with Hitler. He advised Hindenburg to appoint the Nazi leader as chancellor, promising the president that as vice-chancellor, he (Papen) could control the Nazi leader and curb his worst impulses.

After Hitler’s appointment as chancellor in January 1933, Papen became his vice-chancellor. He exerted little influence on Hitler’s policies or methods, however, and became little more than a figurehead in the early Nazi government. He later served as the Nazi government’s ambassador to Austria and Turkey.

After World War II, Papen was arrested by the Allies and charged with war crimes at the Nuremberg trials. He was found not guilty but later imprisoned for two years for the post-war German government. Papen died in Obersasbach in May 1969.