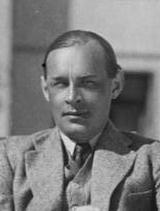 Erich Remarque (1898-1970) was a German veteran of World War I and a successful writer during the Weimar period. He is best known as the author of All Quiet on the Western Front.

Remarque was born Erich Remark in Osnabruck, north-western Germany, the son of a Catholic bookbinder. He later took the name of his mother as a middle name and adopted an earlier spelling of the family surname.

At age 14, Remarque followed his mother’s wishes and began studies at a local seminary, with the intention of becoming a Catholic primary teacher.

Remarque was conscripted into the Germany army in November 1916, shortly after his 18th birthday. After completing basic training, he was sent into battle in June 1917.

Remarque served barely a month on the Western Front before being severely wounded. He would not be ruled to return to duty until November 1918, by which point the war was almost over.

After the armistice, Remarque completed his training and began working as a substitute teacher. He also wrote artistic reviews for the local newspaper.

By the mid-1920s, Remarque had married and relocated to Berlin and was working as a journalist and picture editor for a sporting newspaper. It was here that he completed All Quiet on the Western Front. Initially rejected, it was published first in serialised form, then as a novel in 1929.

The publication of Remarque’s anti-war text brought him both fame and financial rewards. He was decried as a traitor by right-wing nationalists such as the National Socialists (NSDAP).

All Quiet on the Western Front was despised by the NSDAP, whose leaders believed it discredited the memory of German soldiers. On coming to power, the Nazis ordered his books to be burned as degenerate literature. They later guillotined Remarque’s sister, Elfriede.

In 1936 Remarque, by now living in Switzerland, penned Three Comrades, a novel set in the decadent and politically volatile environment of Weimar Germany. He continued to write until his death in 1970.