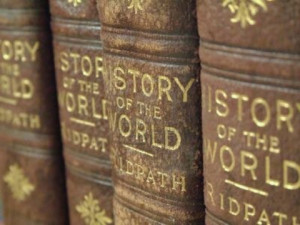 As discussed on another page, historical perspectives are different ideas, views and experiences of those who lived through the revolution. Another challenge for students is understanding and working with historical interpretations.

What are historical interpretations?

As an analogy, think of a significant historical event as a sporting contest, like a football match watched by thousands of people. The football match will have indisputable outcomes, such as a final scoreline, statistics, player injuries and so forth.

The problem of interpretation

Reaching conclusions about how and why these outcomes occurred is more problematic. Those who attended and watched the game might form their own interpretations about the result and what caused or shaped it. They may highlight or emphasise different factors, such as the performance or fitness of individual players, umpiring decisions, the weather, ground conditions, coaching tactics or other variables.

The study of historians and how and why they reach different interpretations is called historiography. This is a word you might see occasionally because it was a component of the previous VCE History course. You may still find it in some books and resources (including the Alpha History website).

From 2016, you will not need a close understanding of historians, nor do you need to know their background or methods. You must still understand and evaluate their interpretations – but you should only focus on what historians say, not why they have said it.

To understand and compare different historical interpretations, you should first begin to collect them. When taking notes or researching a particular topic, look for quotations or paraphrased ideas from at least three notable historians. Find statements in the historian’s own words that articulate an opinion or conclusion about the topic.

You might even write a short summary of the historian’s position, e.g.” Pipes considers communism a “flawed ideology; Bolsheviks inherently violent; Lenin a usurper who had little popular support”.

Once you have built up a sizeable collection, you should be able to compare and evaluate how historians have interpreted the past in different ways.

For further reading on historians and historical interpretations, you may like to visit the following resources at Alpha History:

What is historiography?
Working with historians
Problems of history

All information on this page is © Alpha History 2019. Content on this website may not be republished or distributed without permission. For more info refer to our Terms of Use.