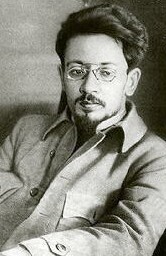 Yakov Sverdlov (1885-1919) was a talented young Bolshevik who worked closely alongside Vladimir Lenin in 1917. He came to occupy important positions in the Soviet government and was involved in several major decisions in 1918.

Sverdlov was born in Nizhny Novgorod, the son of Jewish parents who were both involved in revolutionary politics. While completing high school, Sverdlov showed both an interest in Marxism and an aptitude for political speech-making.

Sverdlov joined the Social Democrats at age 16 and later sided with the Bolshevik faction. He participated in the 1905 Revolution but was arrested during Pyotr Stolypin‘s crackdown on radicals the following year.

Returning to Petrograd after the February Revolution, Sverdlov met Lenin for the first time and became involved in the planning of the October Revolution. Lenin was so impressed with Sverdlov’s knowledge and organisational skills that he elevated the 32-year-old to the party’s Central Committee.

After the Bolshevik revolution, Sverdlov was elected chairman of the Central Executive Committee. This appointment meant that at just 32 years of age, Sverdlov was the official head of state of the new Soviet republic.

Sverdlov was involved in several significant policies and decisions in 1918. Some historians have suggested that the execution of Nicholas II and his family was ultimately authorised by Sverdlov, with or without Lenin’s knowledge.

Yakov Sverdlov died in March 1919 during the ‘Spanish flu’ epidemic. He was buried at the Kremlin Wall and honoured by having several Soviet towns and warships named after him.