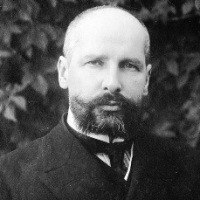 Pyotr Stolypin (1862-1911) was a Russian politician who served as prime minister between 1906-1911. Along with Sergei Witte, Stolypin is regarded as one of pre-revolutionary Russia’s more competent leaders. He was a political reactionary who worked to re-strengthen tsarism and wind back reforms in the years that followed the 1905 Revolution.

Stolypin was born in the German city of Dresden where his father, a Russian diplomat, was stationed. The Stolypin family were wealthy landed aristocrats with a long history of political and military service.

Pyotr Stolypin attended St Petersburg University and graduated in 1885. He entered the bureaucracy and held a number of important provincial positions over the next 20 years.

At the time of the 1905 Revolution, Stolypin was governor of the Volga city of Saratov. His record of quelling and suppressing unrest in the region brought Stolypin to the attention of Tsar Nicholas II, who appointed him as Russia’s interior minister in April 1906.

When chief minister Ivan Goremykin resigned in July 1906, the Tsar asked Stolypin to replace him. Stolypin reportedly declined the position at first, claiming to be too young and inexperienced, but Nicholas insisted on his appointment.

Stolypin’s first significant decision, made in July 1906, was to dissolve the first Duma and call new elections. Through an imperial ukase, Stolypin also dissolved the second Duma (June 1907) after it refused his demands to expel 55 socialist deputies.

This dissolution was interpreted as a tsarist coup that disempowered an elected body. On June 3rd, Stolypin issued a new electoral law that gave wealthy landlords and merchants control over three-quarters of the Duma. Parts of the empire deemed “non-Russian” were also excluded from representation.

Stolypin also ordered the repression of militant workers and political groups. His actions increased government executions to such an extent that the hangman’s noose was dubbed Stolypinskie galstuki (‘Stolypin’s necktie’).

In economic policy, Stolypin initiated land reforms that eliminated the last vestiges of feudalism. The power of peasant communes was abolished and peasants were free to leave their village, buy and accumulate land and work it privately. These changes aimed to create a conservative peasant class but they also inspired increases in productivity.

Stolypin’s attacks on the Duma and his suppression of radical political groups made him an obvious target for revolutionaries. He was eventually assassinated by a Jewish anarchist, Dmitry Bogrov, while attending the opera in Kiev. The assassin was quickly hanged and the Tsar quashed an inquiry into his murder, prompting rumours of a conspiracy.

Citation information
Title: “Pyotr Stolypin”
Authors: Jennifer Llewellyn, Steve Thompson
Publisher: Alpha History
URL: https://alphahistory.com/russianrevolution/pyotr-stolypin/
Date published: May 22, 2019
Date accessed: November 06, 2022
Copyright: The content on this page may not be republished without our express permission. For more information on usage, please refer to our Terms of Use.