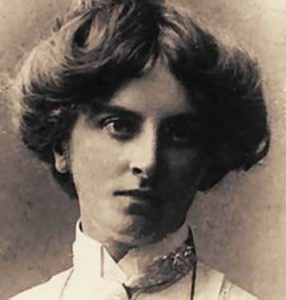 Inessa Armand (1874-1920) was a French-born Marxist revolutionary, best known for her prolific work with the Bolshevik movement during the 1910s and her close relationship with Vladimir Lenin.

Armand was born Inessa Steffen in Paris, the illegitimate daughter of a British opera singer and a French actress. She received a good education and learned to speak several languages, including French, English and Russian. She also spent part of her childhood living in Russia.

A noted beauty in her youth, Steffen married Alexander Armand, a French manufacturing heir, in 1893. They had four children before Inessa Armand left her husband for his younger brother, Vladimir, in 1902.

Vladimir and Inessa Armand began devoting their lives to radical politics. They travelled to Moscow in 1903 and joined the Russian Social Democrats (SDs). Inessa worked as a women’s activist during the 1905 Revolution, spending three months under house arrest after being arrested by the tsarist police.

After her release, Armand continued her revolutionary work. In 1909 she met Lenin, then in exile in Paris, and the pair formed a friendship and a close working relationship. Though their political views occasionally differed, Lenin sent Armand to represent the Bolsheviks at several important conferences. She was also put in charge of producing and distributing propaganda.

Historians have long speculated on the nature of Lenin and Armand’s relationship. Some have suggested they were lovers, with a few claiming they shared houses with Lenin’s wife, Nadezhda Krupskaya, in a virtual menage a trois. There is no clear evidence that they were lovers, though they were undoubtedly close and their communications were often intimate.

After the October Revolution, Armand continued her work for the Bolsheviks. She continued to produce and translate propaganda, sat on the executive committee of the Petrograd Soviet and headed Zhenotdel, the Soviet women’s department. Along with Alexandra Kollontai, she was instrumental in shaping Bolshevik policies with regard to women and mothers.

Lenin sent Armand on a holiday to the Caucasus in the summer of 1920. She contracted cholera there and died in September that year. Accounts suggest that Lenin was distraught by her death and blamed himself for it.